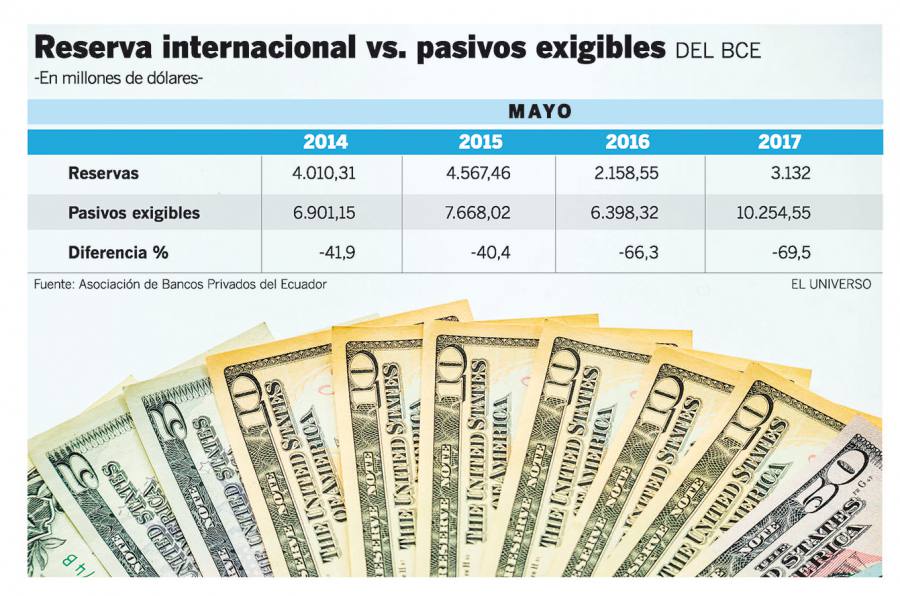 The International Reserve managed by the Central Bank covers at the moment 30% of the resources guarded by the institution; Including those deposited by banks, public companies, local governments and the Social Security. These resources, which are known as liabilities, totaled $ 10,254.55 million in April; Compared to $ 3,132 million in reserves. The coverage gap of reserves against these liabilities was at 41.9% in May 2014 and by 2017 the gap reached the 69.5%.

The mismatch in all three systems of the CB and the reduction of the obligations of the Ministry of Finance, from $ 5.8 billion to $ 3.7 billion last week, has generated a debate.

Automotive sector expects to meet the Euro 3 standard in September