Cerati fans say goodbye to him 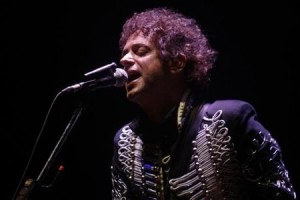 The visitation of former lead singer of the legendary Argentinian rock band Soda Stereo , Gustavo Cerati, began yesterday, September 4 (day of his death) at 20:00 in the Legislature of Buenos Aires. Hundreds of fans line up to to bid a last farewell to the Latin rock prodigy.

The artist had spent four years in a coma after being admitted in emergency to a hospital in Caracas, Venezuela during his tour in 2010. The legislature appointed him Outstanding Personality of culture in 2007.