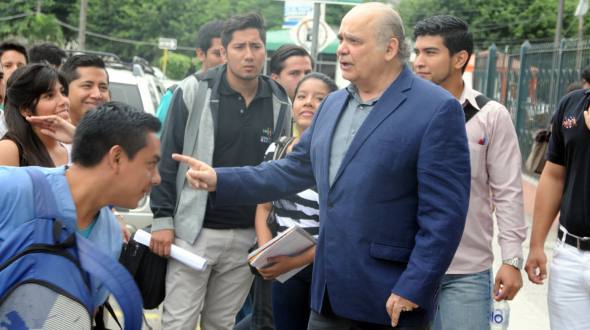 The Higher Education Council (CES) ratified the illegalities in the doctoral degree of Roberto Martinez, former president of the University of Guayaquil.

Rene Ramirez, president of the CES, said he was “deceived,” therefore, he called it “an academic fraud” that could not only have administrative or civil consequences, but criminal if the investigations determine this type of crime.

The Council confirmed that Cassis´ PhD in Public Health degree was false. Ramirez explained that in recent days the Foreign Ministry requested the documentation and certifications to the Daniel Alcides Carrión National University of Peru, where Cassis had supposedly studied.