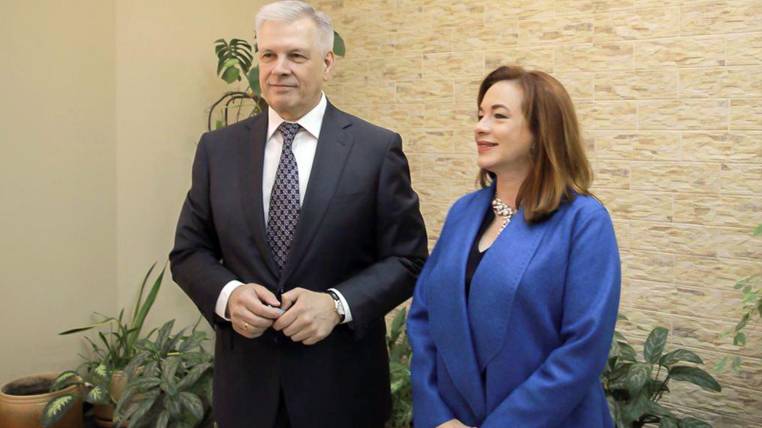 The license announced by the chancellor, María Fernanda Espinosa, does not diminish the discomfort that her management generates in the Assembly. What’s more, she increases it. The parliamentary blocs that request a political trial warn that now there are more reasons for a trial against the ex-minister of Rafael Correa.

They say that the chancellor asks for a license to campaign for the General Secretariat of the United Nations shows that her priority is that position and not her management as minister. In addition, with or without a license, say his critics, his work has been “disastrous“.

Espinosa announced yesterday, in a newscast shared by a seized media and a public channel, that she will request a license until June 6. The result of the United Nations will be known on Tuesday, June 5.

Roberto Gómez Alcívar is an assembly member of CREO, the movement that promotes impeachment. For him, the process does not depend on where the minister is but on the amount of irregularities that she has harvested. “You have to remove her from office because she is not up to the task,” he told EXPRESO.

He enumerates, among the errors of the official, the handling of the crisis in the northern border, the nationalization of Julian Assange and his position before the conflictive acts of Venezuela and Nicaragua.

Gómez recalled that the authorities are subject to political control until one year after leaving office. That is, he added, it does not matter if Espinosa arrives at the Secretariat of the United Nations.

Paola Vintimilla, of the Social Christian Party (PSC), also believes that the trial should continue even if Espinosa leaves the Ministry of Foreign Affairs to assume the role in the United Nations (UN). Of course, he acknowledges, it will be a shame for the secretary of the multilateral organization to have processes in her country of origin.

In this regard, the other assembly members who expressed their support for the impeachment initiative coincide. Despite this, none of them intends to bring down the process in the Assembly.

In that scenario, they agree, the sanction pursued for Espinosa is symbolic. For some time, and in case the chancellor arrives at the UN, the impeachment of the National Assembly will take place after she has left the public office. Again, the Legislature would judge a server that does not exercise functions.

The Foreign Minister replied, in the aforementioned interview, that those seeking prosecution have interests unrelated to the good direction of the Ministry. “This is about political persecution to prevent Ecuador from being duly represented at the UN General Assembly.”

The trips of the minister

The transparency provision is half fulfilled in the Foreign Ministry. A summary of the trips of Foreign Minister María Fernanda Espinosa does not appear on her website.

According to that page, Espinosa, during the first three months of 2018, has only left the country twice. In the two exits – with travel expenses of the Ministry – the return was immediate.

For those trips, the servant received 420.16 dollars.

Of the other officials of the Foreign Ministry, however, there is a detail of outputs. In total, the data shows up to March, 228,974 dollars were spent for travel and mobilizations.