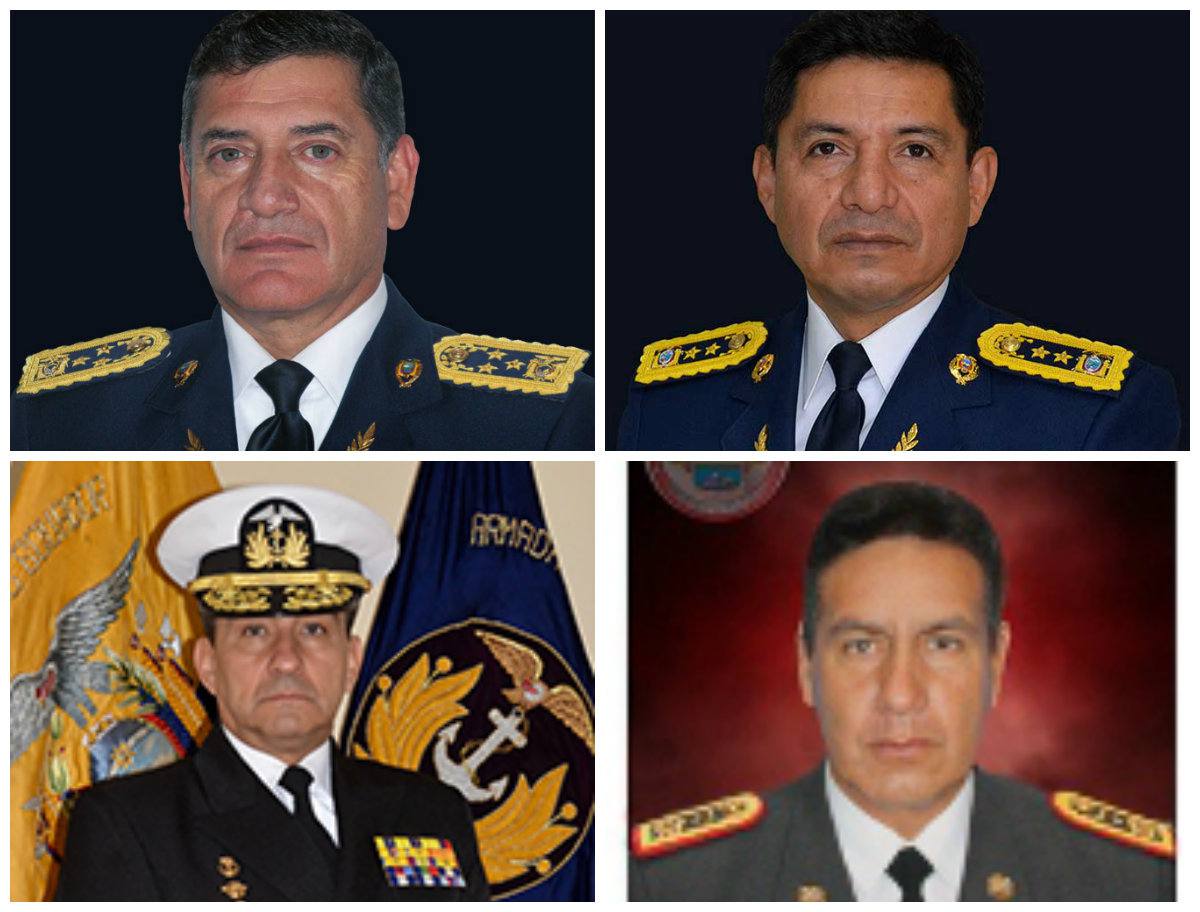 In less than a year the Armed Forces have had three changes of commanders and chiefs of their branches decreed by President Rafael Correa, who in the opinion of consulted retired militaries, result in an affectation to their institutionality.
The first two changes were due to tensions or questions between the presidency and the militaries; And the last, decreed last Friday, for reasons that were not yet explained by the president, who dismissed the military command, now headed by Brigadier General Cesar Merizalde.
The first modification, made on February 5, also meant the cessation of the entire Joint Command of the Armed Forces (Comaco) for showing their dissatisfaction with the debit of $ 41 million from the accounts of the Social Security Institute of the Armed Forces (Issfa).
On that occasion, the presidency talked of “an intrusion on administrative issues” by the militaries.
Thus, Oswaldo Zambrano Cueva, vice admiral, replaced Luis Garzon as head of the Armed Forces, who had been in this position since April 2014.

Brigadier General Luis Castro, the only officer who was ratified in the current high command, replaced Carlos Obando as commander of the Land Force; Vice Admiral Angel Sarzosa took office as commander of the Naval Force instead of Luis Santiago; And Merizalde took over the command of the Air Force, replacing Raul Banderas.

Cesar Robalino spoke about the possible increase in the banking reserve