Change of IACHR headquarters is rejected by Insulza 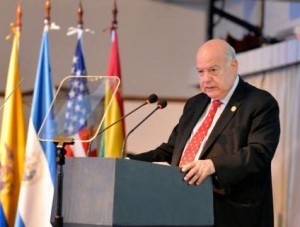 José Miguel Insulza, General Secretary of the Organization of American States (OAS), yesterday rejected the claim of Ecuador to change the seat of the Inter-American Commission on Human Rights (IACHR), located in Washington and defended its “full autonomy”.

In a meeting with NGOs, on the eve of the 44th opening of the organism´s General Assembly, he said that proposals to reform that body require changes of the treaties that governing its action.

Ecuador promotes the change of venue of the Commission, which is located in the U.S. with the argument that it has not signed the American Convention on Human Rights.