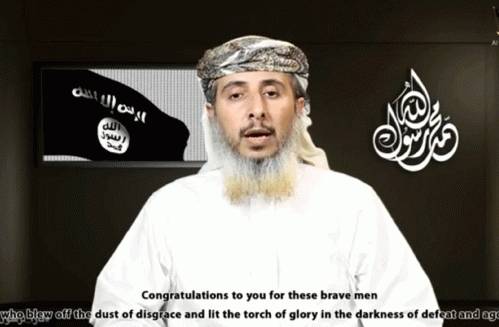 Al-Qaeda in Yemen claimed this Wednesday the responsibility for the attack of last week in Paris against the satirical newspaper Charlie Hebdo, in a video posted on the internet.

“Some heroes have been recruited and have acted,” said in the video Naser Ben Ali al Anasi, one of the leaders of Al Qaeda in the Arabian Peninsula (AQAP), referring to the perpetrators, the Kouachi brothers.

“We, Al Qaeda in the Arabian Peninsula, we claim responsibility for this operation as revenge. It was us who chose the target, finance the operation and recruited the chief,” added Anasi.

“The operation was carried out by order of our Emir General Ayman al Zawahiri, and in accordance with the posthumous will of Osama bin Laden,” said the leader.

Al-Ansi accused France of belonging to the “party of Satan” and said that the country “shares all US crimes” against Muslims -in reference to the military french offensive in Mali.

In a video posted on Friday, a religious leader of AQAP threatened France with new attacks.