Charlie Sheen Would be in Major League 3 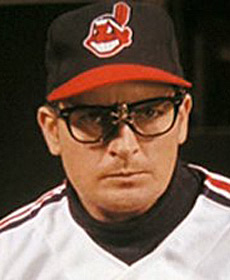 Charlie Sheen confirmed that he wants to be part of the cast of the latest production of Major League, a film saga that many baseball fans consider to be the best adaptation of the game. In the first two movies Sheen played Richy “Wild Thing” Vaughn, the main character.

TMZ informed that Charlie is doing everything he can to be in the third movie of the saga. Early reports informed there is a draft of the film in which all the former cast members are present, except Corbin Bensen who was not included in the project.

Last Friday Sheen played the original film and invited several players of the Major Leagues, according to TMZ, Charlie let several players to try on the ring of legendary baseball player Babe Ruth, that won in the World Series of 1927. Sheen bought the ring ten years ago.

Pitbull and Chayanne Cheered Up The Fourth Night at Viña Festival