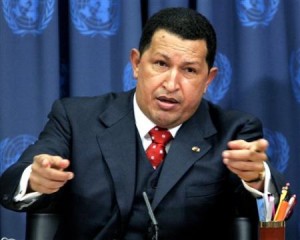 With shouts of victory from the people, the Venezuela National Assembly approved yesterday the 18 months of especial powers given to President Hugo Chavez which would allow him to govern by decree. Chavez requested 12 months to legislate by decree; however the Assembly decided to increase those powers six more months to justify the need to address the current emergency lived in the country due to the intensive rains that has caused over 40 dead and that left 130 thousand homeless.

Cilia Flores, President of the Assembly said, “The law authorizes the President to dictate decrees with range, value, and force of law on matters that are delegated during an 18 month period.” This is the fourth Enabling Act of the socialist leader in his 11 years of ruler ship. The current norm allows the ruler legislate on tax ruling, safety, and defense. However the opposition doubts the real motive of the norm, and believes that Chavez takes advantage of the new Assembly that will start working on January.

With the new norm, Chavez would maintain the status quo of the current Assembly, that is dominated by his rule, which has an approved several projects to set his socialism. On the economic, the Government would require $ 10,000 million to cover the losses caused by the weather.