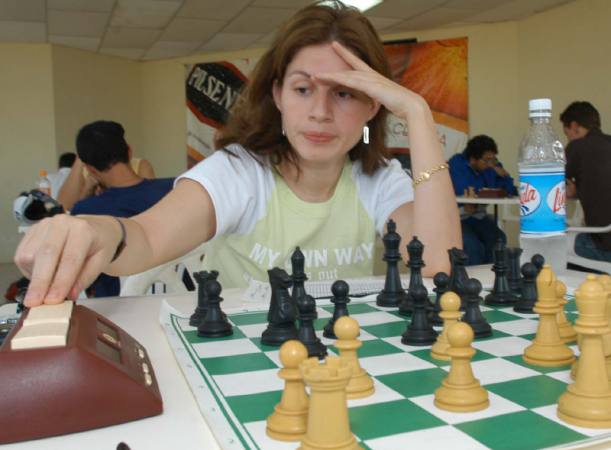 In the World of Speed Chess, which is held in Saudi Arabia, the Ukrainian Anna Muzychuk desisted from attending in protest at the lack of rights for women in Saudi Arabia and the only Ecuadorian panelist participating, Martha Fierro, is ranked 69 . Play the round 14, of the 15 scheduled, Fierro completed 6.5 points, identical score of 10 competitors, for his victory over Ketevan Arakhamia-Grant, Scotland, who was 5.5 points and ranked 87th the competition.

The Ecuadorian Fierro in round 13 also came out as the winner by defeating on the board Teresa Valdés, from Cuba; while in its game number 12 the point was shared with Anita Gara, from Hungary, when the duel between the two chess players ended in a draw. The round 11 was also favorable for the Ecuadorian chess player to overcome Eiman Fallatah, from Saudi Arabia. In its tenth presentation, the national team did not have a good presentation and fell to Grand Master (GM) Petra Papp, from Hungary. Fierro could not overcome the Russian Alina Bivol, who finished the round 14 was installed in the 93rd place.

In the eighth presentation, the tricolor was victorious against Nawal Alzbiday, from Saudi Arabia; while in the seventh round he fell to Ruofan Li, of China, who until the 14th round was ranked 43rd.

The rest of the presentations were defeat against Anastasia Savina, from Russia, in the sixth round; lost to Ekaterina Atalik, from Turkey, in the fifth; while in the fourth presentation he fell with Daria Voit, from Russia; in the third he made tables with Yang Shen, from China; in the second he came out triumphant against Nino Batsiashvili, from Georgia; and started making tables with Qi Guo, from China. (D)

This number of participants from 70 countries perform at the World Rapid Chess and Blitz Championships, which are held in Saudi Arabia and that share 2 million dollars. (I)