Last Tuesday, attorney Steven Donziger, representative of Ecuador in the U.S., appealed the verdict of Judge Lewis Kaplan, which indicated that the attorney would have engaged in fraud in order to win a $ 9,500 million trial over the pollution left by Chevron Corp in Ecuador.

Donziger also asked Kaplan to suspend the verdict while an appellate court considers the legal action filed, a process that could take months to resolve.

“The decision of this court is an unprecedented case,” wrote Donziger’s attorney on the appeal filed on Tuesday. “They seek to preemptively undermine the judicial decree of a sovereign nation (Ecuador) and by doing so, they are letting Chevron Corporation to avoid responsibility on the decades of deliberate contamination in the Amazon rainforest,” he said.

Donziger has repeatedly accused Kaplas of being biased and reported that the judge allowed personal animosities against him, affect his own decision. Donsiger rejects accusations of bribery and fraud 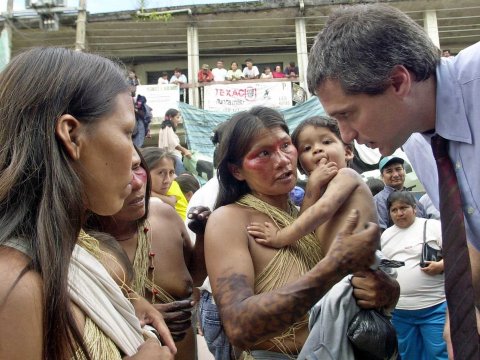 Donziger represents villagers in Ecuador who say that Texaco (now part of Chevron) sickened them by polluting the rain forest for decades.