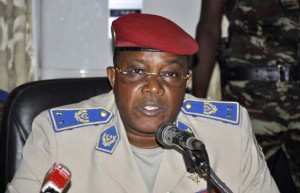 The Chief of the Armed Forces of Burkina Faso, Honore Traofe, seized the power after the resignation of President Blaise Compaore, after three days of violent demonstrations in which people took the parliament and the state TV.

Compaore seized power in a coup d‘etat in 1987 and after witnessing hundreds of thousands of protesters yesterday craming the streets of the capital for a second day without receiving samples of international support to stay in office, announced his resignation.

Under the Constitution of Burkina Faso, when the President resigns, the head of the National Assembly must take office. In this case, Parliament had been dissolved by Traore on Thursday under a short martial law.

“Given the urgency of saving the country, I have decided that from now on I will assume the responsibility for the leadership of the State,” Traore said at the conference.

Correa and Ollanta Humala commit to advance with water project