Chile Commemorated a Year of the Tsunami and Earthquake disaster 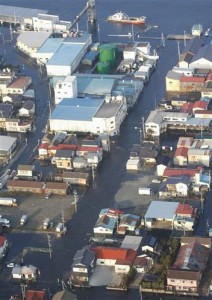 The Chilean President Sebastian Piñera commemorated the first anniversary of the fifth largest quake in the world in the midst of protests. The earthquake had a magnitude of 8.8 in the Richter scale, while the tsunami killed over 524 and disappeared 31 people. According to Piñera, the damages left by the tidal wave had a cost of $30,000 millions.

Currently over four thousand families live in camps and wooden houses since February 27, 2010. Such localities do not have water and have to share public bathrooms. The president informed that there is a long way for the reconstruction. Demonstrations complaining about the lack of the country recover followed the president in every place he went.

The main act was performed in the shores of Maule river, near the island Orrego, a place affected by the tsunami. The island has charred trees and a memorial ground to honor the dead. The opposition did not attend the gatherings. Piñera criticized the opposing party’s of left by not showing in the events. Meanwhile Osvaldo Andrade, president of Partido Socialista (Socialist Party) informed that they are willing to respond favorably, but they demand a participation of the citizenship with no foul play.

A series of mass were performed in the country to commemorate those that perished in the disasters. The main event was held at Plaza de Armas de Constitucion, the capital of the Maule Region.

Propaganda For The Referendum Will Be Developed Without Clear Rules

Four Members of ETA are Detained in Vizcaya