Chile: Eruption of Villarrica volcano forces the evacuation of 3,385 people 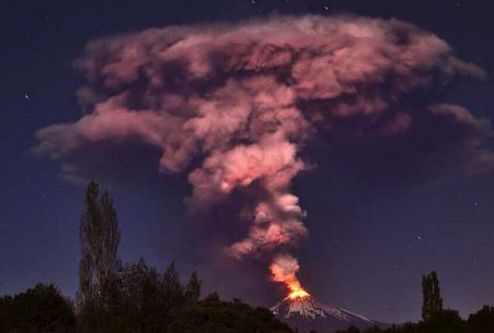 The eruption of the Villarrica volcano in the southern Chilean region of La Araucania, at early hours of Tuesday, forced the evacuation of 3,385 people from their homes, officials said.

The volcano erupted at 03:01 hours (6:01 GMT) today with a loud roar, said in a statement the National Service of Geology and Mining (Sernageomin).

“The seismic activity related to the volcanic tremor in the Villarrica volcano increased considerably,” said the agency. On February 6 the volcano was declared under yellow alert due to its increasing activity and under orange alert on Monday.

The agengy further explained that the eruptive process “is characterized by the emission of a great volume of material from inside the volcano, consisting of a column of ash and particulate matter that reaches altitudes close to two miles.”

Cristina Fernández described as “an embarrassment” the complaint of Nisman