Chilean students march for the first time in 2014

Last Thursday for the first time in 2014 and for the first time the new regime of Michelle Bachelet, thousands of young Chileans protested distrustful of the educational reform announced by the president, who had promised free education at the university level in the next six years, and has sent to Congress a tax reform that aims to raise 8.200 billion to finance this and other measures.

Students say they share some “guidelines” of the reform, but insist that do not yet understand how the government will end the profit system and the education funding, which has left thousands of Chilean families with heavy debts. “The guidelines of the reform are unclear, and if this uncertainty continues after next May 21, the student movement should speak in other terms,” said Ricardo Paredes, head of the school unions.

The march, organized by associations of college and pre-college students, started from the Plaza Italia, Santiago’s center, with about 40,000 people, according to the police; and 100,000, according to organizers.

Protests were held in a peaceful manner to the beat of drums and dances with banners calling for change in the education system, but at the end of the tour, isolated hooded groups raised barricades and clashed with the police, who responded with water cannons and tear gas to disperse them. 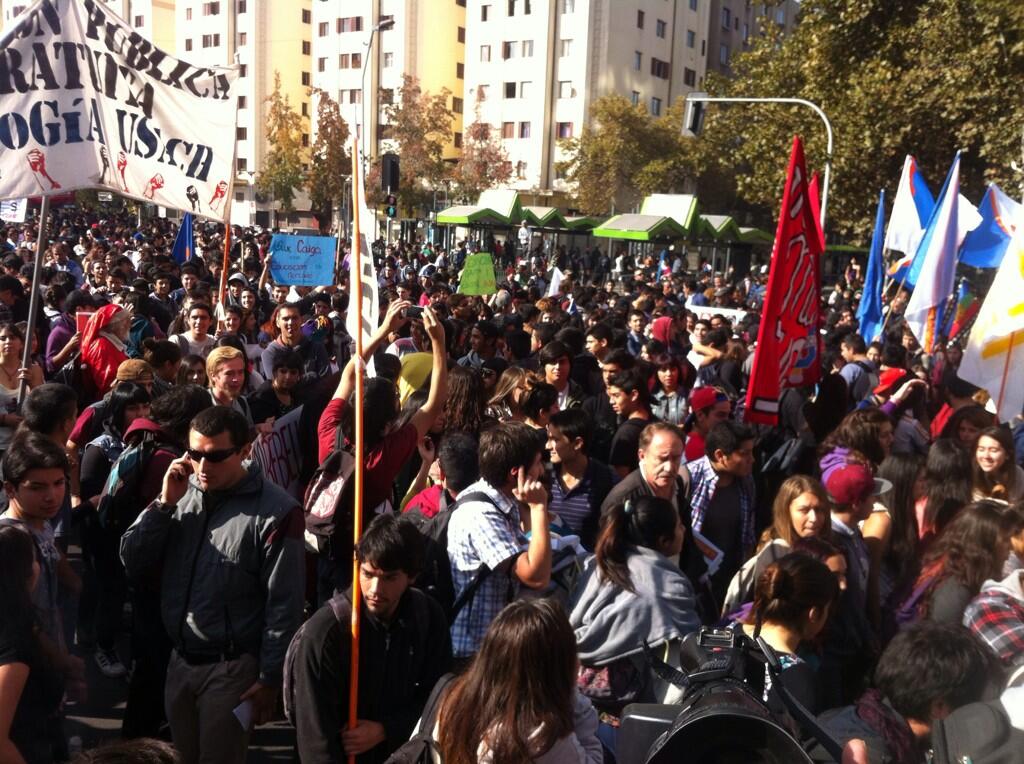