China is Already the Second Largest Economy of the World 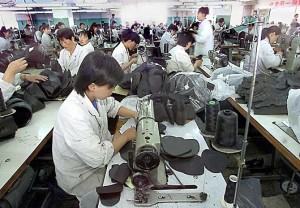 Nowadays China enjoys an increase in manufacturing of products. At the current rate of growth, analysts believe that China will overtake the U.S. as the world’s largest economy within a decade.

There is debate about the exact time when Japan stopped being the second largest economy, and some analysts believe that this happened in the third quarter last year. However, the full-year figures allow a more concrete comparison.

According to the International Monetary Fund, the Japan’s GDP was U.S. $ 5.39 billion in 2010, while preliminary statistics indicate that China’s GDP last year was U.S. $ 5.75 billion.

Most of China’s growth was financed by investment in manufacturing and the expansion of national industries and the investment infrastructure. These activities led to an increase in exports after China became a production center for multinational brands who wanted to take advantage of lower labor costs, in addition to expanding road and rail links.

“The key was the massive shift to the cities of the people who worked in the country”, said Tom Miller, from Dragonomics GK consultancy . While China’s economy grew, new jobs were created that made people leave rural areas and agriculture to seek better paying jobs in urban centers.

However, while China may move up in the table of economic powers it is not without any problems. Its rapid expansion is accelerating inflation and analysts warn of a possible bubble brewing in the real estate market. “The bigger it is, the harder it is to grow very quickly “, said Miller. But even at a slower rate, China should continue climbing to the highest place in the table of the world’s largest economies.

Protests Due Risings in Food and Transport Prices in Bolivia