China lac 2019 summit, in the sights of Ecuador

The Asian country has been a great financier of projects in strategic sectors such as oil, mining, alternative energy, technology and others. As part of the celebration of the twentieth anniversary of the Ecuadorian-Chinese Chamber of Commerce, the Minister of Industry and Productivity Eva García, announced that she will propose Ecuador as host of the China LAC 2019 Summit.

This summit is held one year in a Chinese province and the other in a Latin American country. The event is organized by the Chinese Council for the Preparation of International Trade, the Inter-American Development Bank (IDB) and the Latin American host government.

The minister, who was present at the China-Latin American Summit in Punta del Este held in 2017, said it was a very important event to strengthen relations between the two countries. “The host country earns a lot, businessmen who previously did not know it, now can measure it and see the amount of opportunities it offers.”

This event was a great opportunity to expose the situation in Ecuador, in terms of infrastructure, sustainable development and the conditions of stability and business climate, explained García.

In addition, it was used to coordinate the participation of Ecuador in the 2018 China Summit to be held in the city of Zhuhai. The official will study, in conjunction with the Chinese Chamber of Commerce and the national chambers, the possibility of Ecuador being the host country of the XIII China LAC 2019 Summit.

José Antonio Hidalgo, president of the Ecuadorian-Chinese Chamber of Commerce, said that the event in Uruguay brought together more than 2,000 visitors, Chinese authorities from all provinces in forums and business conferences. However, Latin America needs to be tied in a single agenda that is proactive. “We must take advantage of the new Chinese policies and bring concrete proposals at this key moment.” 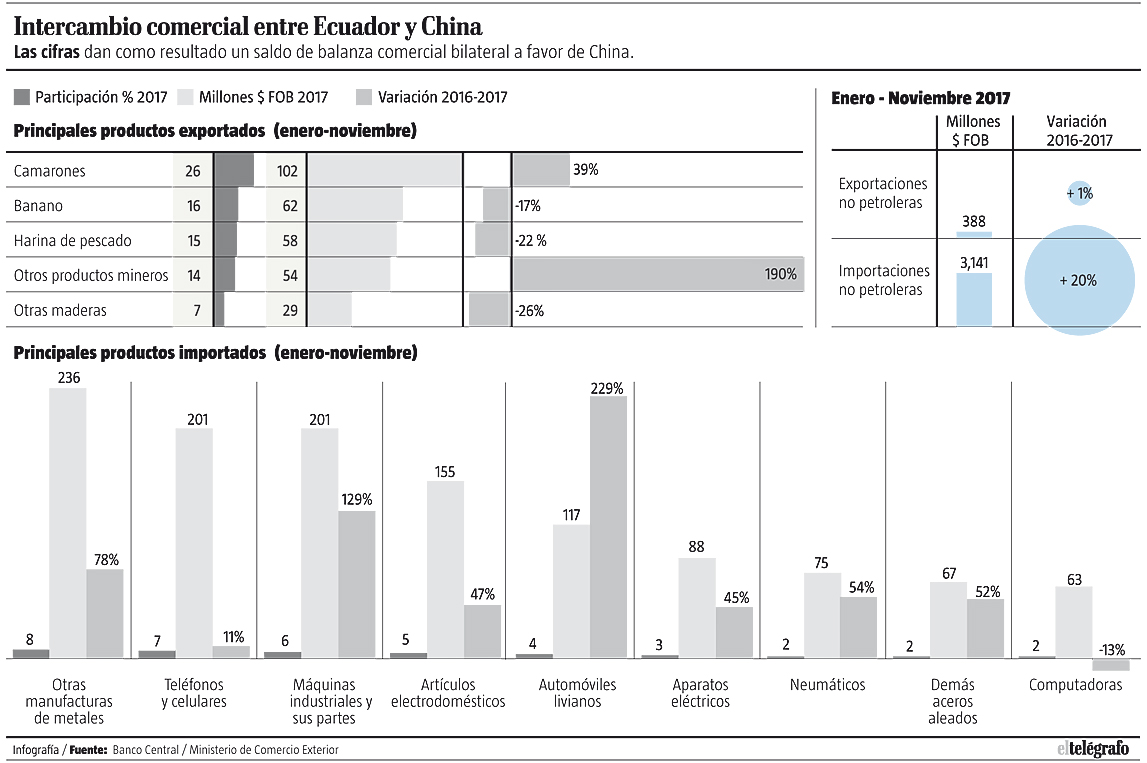 4% of exports went to China from January to November 2017 and generated $ 688 million. 85% is composed of oil, banana shrimp, among others.

Two different views analyze the management of the economy