This Tuesday, Chinese and Ecuadorian authorities held a virtual press conference in which specialists who have faced the coronavirus participated in a hospital in the city of Shenzhen, located in the province of Guandong (Canton). 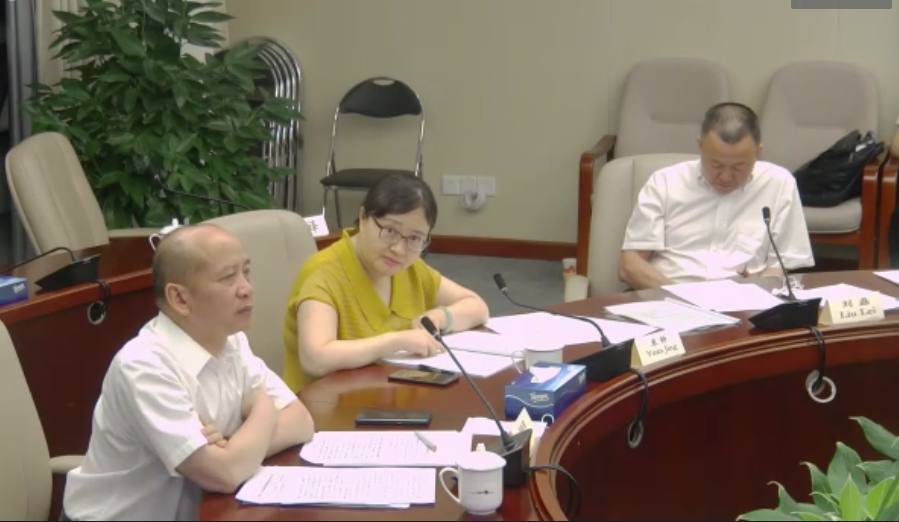 Responsible for giving their testimony were Dr. Liu Lei, president of the Shenzhen Third People’s Hospital and deputy director of the medical treatment team of the Office of the Pneumonia Prevention and Control Command for COVID-19 infection, and Dr. Yuan Jing, director of the department of infections of the same hospital and expert in infectious diseases.

For this hospital, which is the research center for infectious diseases and which in the past has had experience with other epidemics such as H1N1 or SARS, its main strategy for dealing with the coronavirus consists of four pillars: early detection, early diagnosis, isolation early and early treatment.

The hospital has the capacity to treat up to 1100 coronavirus cases and since the new coronavirus appeared, it has only had 3 deaths.

Since the first case, which was a couple that arrived in January, they have prepared to fight 24/7 against the disease with a team work together with the necessary supplies and protection. They also used a centralization of care in these cases through good management among patients, experts, resources and treatments, since the virus was not well known at first, but they have already had experiences and observations that have come to complete the measures they had since 2003 after the SARS epidemic -another coronavirus- to prevent and control infectious respiratory diseases that appear in winter and spring, such as defining the responsibilities of each department, training personnel, preparing the hospital on a preventive basis, timely preparation for patient admissions on time,maintain pathogenic surveillance and early warning in cases of pneumonia.

From the first cases they were trying treatments and putting emphasis on the protection of health personnel and equipment to avoid cross infections. Something that seems to have worked for them, since they claim that none of their doctors has been infected so far.

Obviously it was not easy, since they had to establish special measures for the most exposed personnel, such as the registration of their care, high protection, video recordings, real-time monitoring, monitoring of medical waste and better wastewater treatment. .

Along the way, they developed various versions of care for different types of COVID-19 patients, including children. They added that they have no problem sharing this knowledge with Ecuador if requested.

Liu points out that they also combined traditional medicine in their treatments, as well as making doctors live in isolation and helping them strengthen their immune system.

In their investigations they have tested drugs, plamas and antibodies. Emphasizing the combination of interferon with other drugs and the use and development of new drugs based on their studies.

Meanwhile, Dr. Yuan says that 462 cases, 46 asymptomatic, have been treated in the hospital, giving a total of 508, of which only three have died, which is to say that the fatality rate they have is less than 1%.

Despite the fact that there is no definitive and 100% effective medicine against the coronavirus, Yuan explains that in their research and tests with treatments, they have been able to see better results with some medicines such as ritonavir, chloroquine, which is the one with the most side effects. In severe cases what works best for them is the mixture of interferon with other antivirals such as lopinavir.

She comments that the resources used in each patient should be measured according to the severity and progress of the disease. For this, it establishes several stages: until the fifth day, the one from 5 to 8 days and the third between 9 and 12 days.

“We have to pay more attention on the eighth day because that is when the disease can progress to severe and the intervention in this period will have a better effect in blocking the disease,” said Yuan, who adds that if the disease is controlled in the first Two weeks will recover sooner, but if this period is exceeded it could worsen.

In the first week, several drugs can be mixed for the care of those infected, and short-term low doses of glucocorticoids plus thymosin and another intravenous medication can be administered. It is also a good idea to use plasma in the recovery stage of critically ill patients. While oxygen therapy at the onset of illness can help.

When asked about thrombi or inflammation associated with the virus, Yuan mentioned that pulmonary hemorrhage is one of the causes of coronary pneumonia that has caused deaths. So you should pay attention and monitor the lung activity.

Another conclusion that they have reached in this Shenzhen hospital is that it can take between three and six months for a patient who was with severe symptoms from the coronavirus to return to being completely healthy.

As a recommendation, they say that work activities should be resumed in a staggered manner, with temperature monitoring of personnel and with the mandatory use of masks. To this must be added a good routine of hygiene for each person on his own responsibility, and that if he begins to feel fatigue, fever and cough, see a doctor immediately to prevent.

Organized by the Chinese ambassador to Ecuador, Chen Guoyou, and Huawei, the Minister of Health, Juan Carlos Zevallos, and Foreign Minister José Valencia also participated in this talk. In addition, the deputy mayor of Shenzhen, Huang Min. (I) had a short participation.