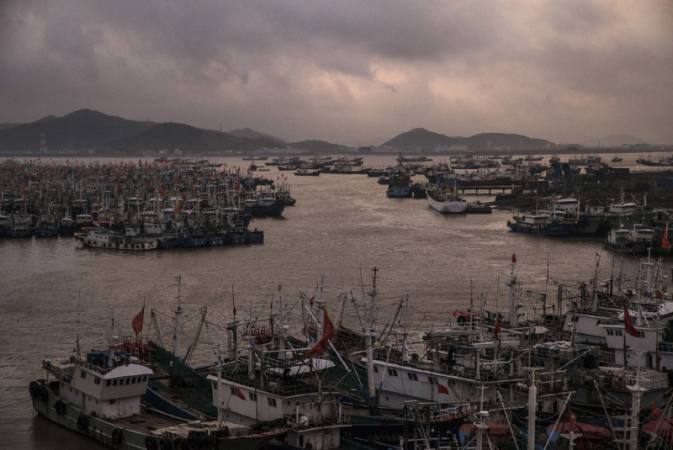 Between 200 and 300 Chinese vessels are currently fishing near the Exclusive Economic Zone in southern Galapagos, that would mean that 10% of that fleet is extracting resources near Ecuador.
Franklin Ormaza, a research professor at Espol and a specialist in Oceanography, believes that the presence of the Chinese fleet is because the country has exhausted its sea resources and its ships are traveling farther and farther to fish in African and south Pacific waters.

“China catches 25 million metric tons of fish annually; we only catch half a million tonnes. China is the country that catches the most in the world,” Ormaza assures.

The itinerant presence of the Chinese in foreign waters has already ignited warnings in countries such as Senegal, where the Chinese catch more fish in a week than the Senegalese vessels catch in a year, according to a study published in the Frontiers in Marine Science magazine.

According to a Greenpeace study, state subsidies for some fishing companies account for a large part of their income. (I)