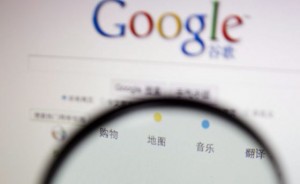 Chinese media expressed its disagreement with enterprises like Google , Facebook, Apple, Yahoo and others. The media relate them with espionage and alleged connections with the United States government .

The People’s Daily of China, noted that U.S. companies such as Yahoo , Cisco, Microsoft and Facebook are threatening China’s cybersecurity and its Internet users.

Under the PRISM program, the NSA would take over data from companies like Google and Apple, according to revelations made by Snowden a year ago.

While the Chinese government has begun to eliminate Windows from their computers, companies have begun to dispense with the services of U.S. companies such as IBM , Oracle and Cisco. ” United States companies like Apple, Microsoft , Google or Facebook are coordinated with the PRISM program to monitor China,” said People’s Daily of China.

“We can not say this more clearly: the government ( U.S. ) does not have access to Google ‘s servers , either directly or through a back door,” said the Director of Legal Affairs at Google David Drummond in a statement. “We provide user´s data to governments only in accordance with the law,” he added .

Facebook is currently blocked by Chinese censorship, but it might open a sales office in China to provide assistance to local advertisers looking to reach the international market.

The sun would burn the earth according to astrophysicists