Chiriboga said that Galo Lara might be in Costa Rica 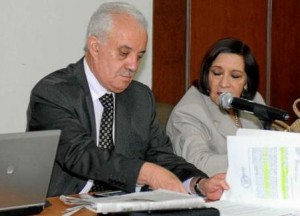 According to own information, former Assemblyman Galo Lara would have come out of Panama and would be now in Costa Rica, as stated by Prosecutor Galo Chiriboga in a radio interview yesterday.

Given this possibility, Chiriboga said that the documentation for his extradition has been already delivered to the Central America country.

It’s been two weeks since Lara’s whereabouts are unknown, after Panama revoked him the territorial asylum that was granted in October 2013.

In the meantime, international gestion is being done to locate Lara and return him to the country to serve the sentence, Chiriboga said, and confirmed at the same time that the case is not political.

Lara was sentenced to 10 years in prison for complicity in a triple murder.