The first big step to fulfill his dream: the Ecuadorian Marlon Chito Vera entered for the first time in the top 10 the ranking of the bantamweight category UFC (Ultimate Fighting Championship) to the climb to eighth place, according to the recent update classification of athletes. 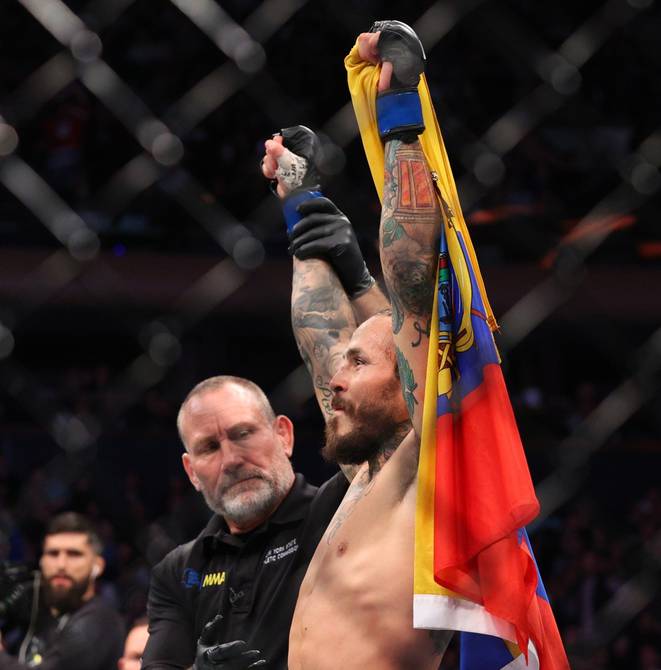 The resounding victory of Marlon Vera on November 6 in New York against Frankie Edgar, on the UFC 268 card, returned the Ecuadorian to stellar positions in the company.

Chito climbed three steps, from eleventh to eighth, and was behind former division champion Dominick Cruz, whom he challenged to a duel again last Saturday.

The Ecuadorian bantamweight took a hit on November 6 in New York when he defeated local Frankie Edgar, former lightweight champion, via knockout.

That victory at Madison Square Garden allowed Vera to place herself one step in the top 10. It was not until the third week of December that she achieved her mission after two important clashes that took place last Saturday in Las Vegas in the framework of the UFC 269 function. : Dominic Cruz defeated Pedro Munhoz by unanimous decision and Sean O’Malley defeated Raulian Paiva by KO.

The ranking update places former champion Cruz in seventh place, ahead of Vera, while O’Malley remains in thirteenth place.

There were no changes at the top: Petr Yan is interim champion, TJ Dillashaw is second, José Aldo closes the top 3, Cory Sandhagen is fourth, Rob Font is fifth and Merab Dvalishvili is sixth. The reigning bantamweight champion is Aljamain Sterling.

Chito Vera, in addition to having challenged Cruz for a duel in 2022, last November acknowledged at a press conference that he would like to have a rematch with the Brazilian Aldo, against whom he fell by unanimous decision in December 2020 at the UFC Vegas 17 event. (D)