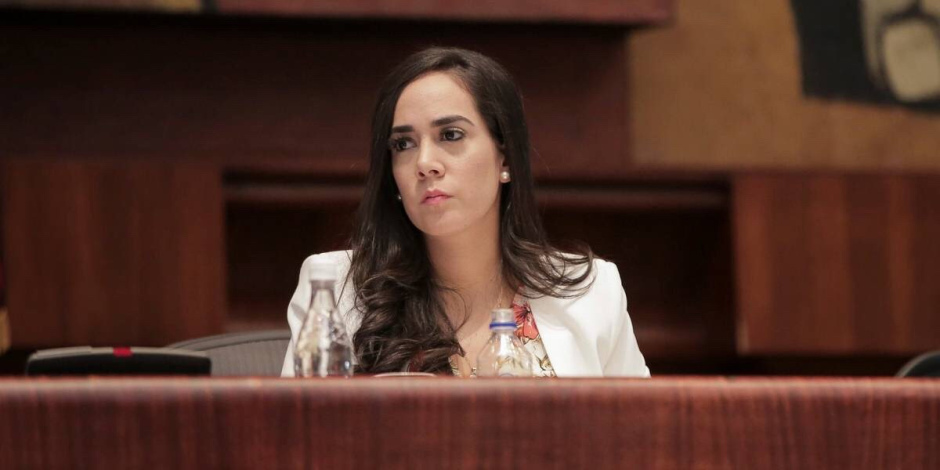 On the tenth day of the trial hearing , the processed and former Assemblyman Christian V. was taken all morning to present his evidence.

Through three witnesses and his own testimony he denied having participated in the alleged network of corruption that asked for money from businessmen for political activities of the previous government in exchange for securing contracts with the State.

He said he was unaware of the facts and said that it is false that bribes resources have been paid to his legal study.

The defendant referred to the existence of a structure in which Laura T. , by disposition of Pamela M. , was the one who reported on the availability and sending of cash (which reached $ 265 thousand ) for the campaign of the processed Viviana B. to the City Hall of Guayaquil , in which he served as coordinator.

He added that the cash was withdrawn from the Guayas Bar Association .   He explained that these amounts were withdrawn by security guards and deposited in the current accounts opened for candidates for sectional positions in Guayaquil. However, he said he did not know the lawful or illegal origin of the funds.

He also referred to the coordination of actions for image and advertising issues with Vinicio A. , by Jorge G .; and confirmed the existence of the ” green files “.

For this Thursday, six defendants are expected to present their evidence, including former President Rafael C. and former Vice President Jorge G. , but it will be in the afternoon.

On Wednesday, eight defendants presented their evidence, including Pedro V., owner of the construction company Equitesa . Regarding the Chone Multipurpose Project contract, the businessman said that in 2013 he received a message from the “government dome” (by Rafael Correa), in which he was required $ 1,000,000 , as his company had been selected for Take charge of the work.