Cirque du Soleil will expand its activities in Ecuador 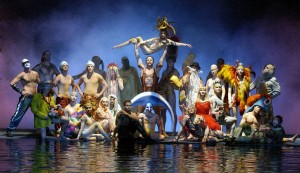 Cirque du Soleil will give a total of 27 shows in Quito from its première on November 19th. Due to the ssales uccess another week was added. Thus, performances will run until December 10.

This was announced by the Corteo company on its website, in which it communicates that since its announcement, the box office has been a real and great success at national level.”

The show is scheduled to be presented at the Bicentennial Events Center (old Quito airport).” The sale of tickets is available from Tuesday July 14 at all Ticketshow-Musicalísimo points and www.ticketshow.com.ec.

Fashion blogs, a link between creators and the public

Yuya, Mexican videoblogger was in Quito