The Civic Front of People Harmed by the Comptroller’s Office asks the attorney general Diana Salazar to link the process for organized crime in which the comptroller (s) Pablo Celi and eight other people are investigated to the current deputy comptroller , Valentina Zárate, to some authorities , directors and important advisers of the Comptroller General of the State (CGE). 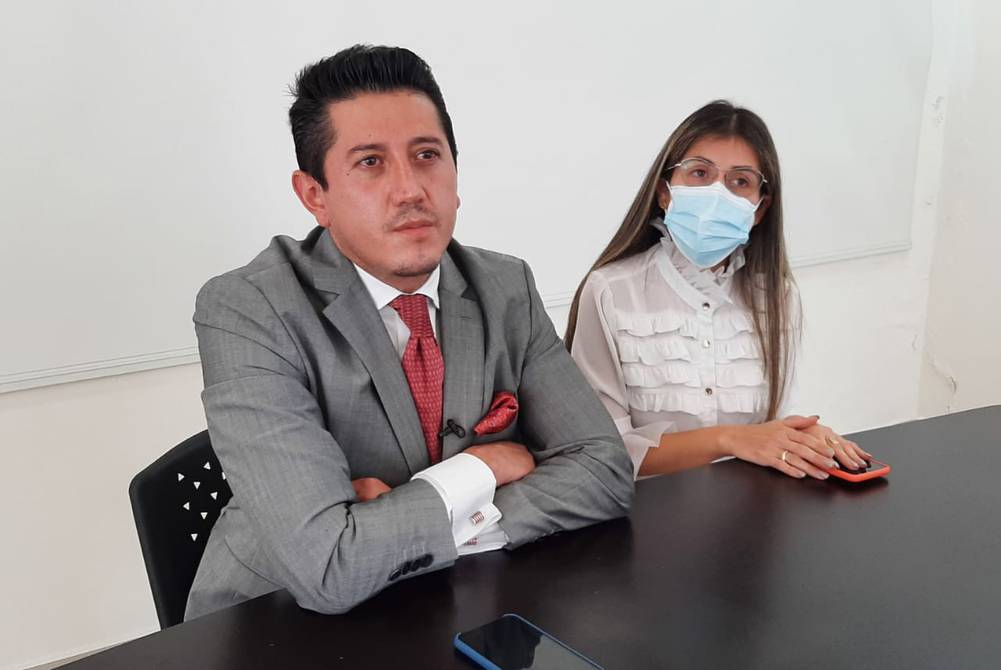 The spokesman for the Civic Front for the Damaged by the CGE, Alejandro Rodas Coloma, explained that they maintain testimonies and documents against the surrogate comptroller Valentina Zárate that would link this official with irregularities that delegitimize her performance as head of the control entity.

The spokesman for the Civic Front, Alejandro Rodas Coloma, explained that they maintain testimonies and documents against Zárate that would link this official with irregularities that delegitimize her performance as head of the control entity . Rodas Coloma says that in this case the same thing happened with Zárate as when former comptroller Carlos Pólit left his post and Pablo Celi was left in his place.

“Pablo Celi has put Valentina Zárate in the Comptroller’s Office,” says Rodas Coloma, who publicly requested a meeting with the prosecutor Salazar to deliver all the information they have.

The Civic Front announced that it will become the First Observatory for the Function of Transparency and Social Control. According to its spokesperson, this is a social group made up of former CGE servants, public officials who have been harmed by glosses and totally invalid administrative acts, and businessmen who would have gone bankrupt for not paying before these systematic extortions made through the authorities of the control body.

For example, Alejando Rodas Coloma claims to have been a CGE official between 2018 and 2019, he would have been head of the Esmeraldas provincial directorate and national director of regulatory technique. “I ran out of that entity because I realized , already in Quito, how things worked,” he recalled.

The front would seek the meeting with the prosecutor Salazar to contribute to the process, which maintains a 90-day fiscal instruction open , testimonies from several former officials of the CG who left and documents that would reveal pressure from the office of the now-in-charge comptroller, Valentina Zarate.

In addition, Rodas Coloma announced that they will carry out the necessary steps so that, within the criminal complaint filed by the Civic Front, on January 11 , for the crime of influence peddling, there is the connection of other “bad elements of the function public, specifically of the control entity (CGE) ”.

Among those who should be linked to the case for organized crime, says Rodas Coloma, would be the director of the CGE, Luis Miño, who in his version in this case pointed out that it was Pablo Celi who gave the “direct and verbal provision” of the fading of glosses , and if he did not comply, he pointed out, there was the threat of removal from his position or an administrative summary for his dismissal.

Rodas Coloma refers that Miño replicated what Celi did, but on another level. According to the spokesperson, this director of the CGE forced officials to remove glosses , which were moderately collectible. (I)