18 days after the start of the Costa cycle classes, scheduled for May 4, the concern of parents who ask for it to be postponed grows, they speak of difficulties in accessing technological means or demand that tuition and pension costs be lowered. 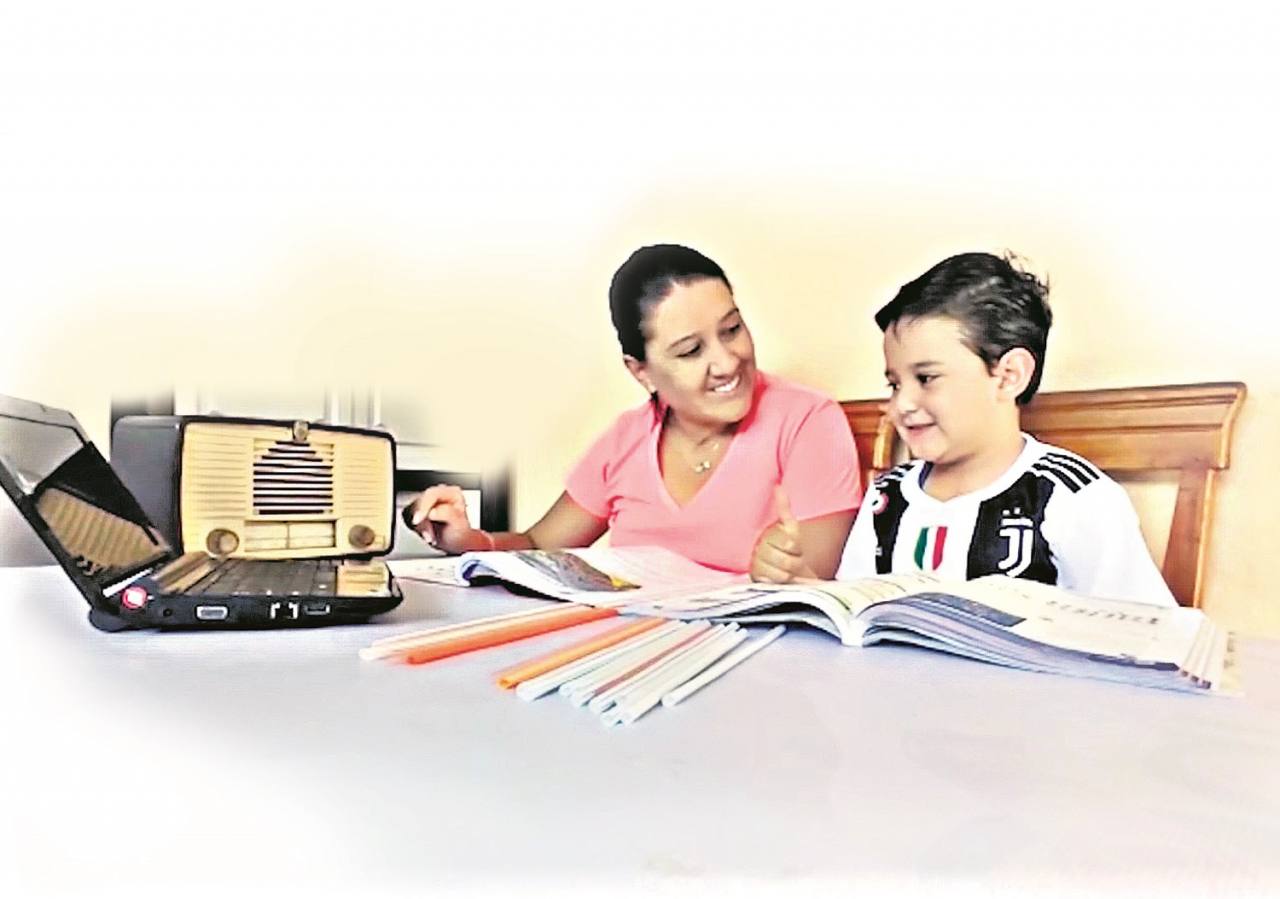 However, the Ministry of Education indicates that it takes recommendations from Unesco and Unicef, “which say that the impact of the emergency could be more serious if education stops.” It is also indicated that the portfolio does not have the power for private schools to lower their values, but it does have the power to maintain those of last year.

Virtual classes start on May 4

Classes in the Costa region will begin on May 4 and in the Sierra will end on June 30, without the face-to-face assistance of students, through virtual platforms, educational content on radio, television and social networks, as well as academic records , due to the health emergency that the country is experiencing due to COVID-19.

Despite the fact that parents, through social media, have expressed their concern over the announcement and ask that they be postponed, some due to financial problems and others due to difficulties and ignorance of access to technology, the decision remains. Also, former authorities of the field and educational experts have opined that it would be better to postpone the start of classes so that the Ministry has time to better prepare for the emergency.

The Ministry of Education, through a statement, indicates that it is based on recommendations from Unesco and Unicef, which say that “suspending education implies the interruption of the sense of normality and regularity that favors the development and socio-emotional stability of the population in crisis contexts. The impact of this emergency could be even more serious if education stops. ”

“Beyond what academic learning implies, it is very important for a child, for an adolescent, who is living a complicated situation, seeing his family worried all day, and who has even lost relatives, having external support such as his school, like his teacher, to know that they are within a system not only of academic work, but also of socialization and emotional containment ”, says Alexandra Higgins, undersecretary of Zone 8, which includes Guayaquil, Durán and Samborondón.

For the use of the different tools, the Ministry of Education has taken into account figures from the 2018 INEC census, which show that 80% of the population has access to radio and television, and that only 37.2% have access to digital platforms, including 16% of the rural sector.

For those who do not have access to any of these tools, tokens with academic content will be used, which will be delivered by the COE. At least in Zone 8 there are very few these cases, according to the undersecretary, and they occur in the rural sector, in the Progreso area and Samborondón precincts.

The Minister of Education, Monserrat Creamer, indicates that for students who do not have the internet or technological devices, Educa will be held, a campaign on radio and television, one hour in the morning and one in the afternoon, which will be broadcast on a thousand radio stations and different television stations, according to the Sierra and Costa.

“TV and radio programs will have bands dedicated to the smallest, the intermediate and the largest.”

“We have programs already produced, but they are being assembled on the fly with content from the first five-month period; there are some programs from the Sierra that serve the Coast, not all of them, since theirs has second-term content; However, there are some that serve Costa and Sierra, for example, those who speak of democracy, of values ​​such as solidarity, which are linked to historical moments, then various matters are linked, “Higgins explains. Programs include material focused on psycho-emotional containment. Various international organizations are collaborating in its production, as well as the Catholic University of Guayaquil and Plaza Sésamo has presented some of its programs.

Students who have internet access will be able to use the platform of the Ministry of Education, which has been set up for this contingency, there is one for school and one for high school.

Almost all online educational platforms are mobile friendly, in case you don’t have a computer.

Higgins points out that it is important for parents to understand that tele-education does not mean that the student will be online all the time, that it is mainly about obtaining material to work on later.

Regarding some calls from parents of the fiscal institutions so that during the time of the non-contact classes the Internet is given free by the State, Higgins explains that the Ministry has made a request in that sense to the Ministry of Telecommunications, but still there’s no answer.

The minister states that access is not compulsory, however students must submit a minimum number of assignments when they return to the classroom.

The first two weeks of classes or more inclusive will be of adaptation to the new system. “The review has two objectives, on the one hand, it will reinforce what they saw the previous year, the most important skills and, on the other hand, it will be a time of digital adaptation,” emphasizes Higgins.

Regarding the teaching staff, the undersecretary adds that thanks to the fact that many universities opened their platforms, they have been able to train.

“Teachers have instructions to constantly communicate with students and parents, even through the conventional,” says the undersecretary of education. (I)

The first two weeks or more will serve, on the one hand, to reinforce what they saw the previous year, the most important thing, and it will also be a time of digital adaptation.
Alexandra Higgins, undersecretary

‘Private (schools) must listen to parents’

One of the main concerns of parents in private schools is the value of tuition and pensions, since many are independent and due to confinement they are not producing.

Private companies must adhere to the disposition of the President of the Republic, Lenín Moreno, not to increase values ​​this year. “Some schools have lowered their values, but it is their power, others are even making discounts,” says Alexandra Higgins, undersecretary of Education.

“Schools are not using their infrastructure and are incurring less expenses such as electricity, water, etc., therefore we call on them to understand the difficulties parents are experiencing and to listen to them, reach an agreement” Higgins says.

Individuals have also been given the disposition not to force parents to buy supplies or uniforms.

Regarding virtual classes, Higgns points out that they have freedom, “as long as they are sure that the methodology they use complies with the type of connectivity that their students have”.

“There are parents who are worried because they have several children and a single computer, because they must understand that the children are not going to be stuck on the computer for eight hours, that sometimes they will be online with their teachers and sometimes they will not; in these cases there must also be an agreement between school and parents ”, explains the educational authority. (I)

For UNICEF and Unesco, education must continue

The Unicef ​​and Unesco organizations highlighted that in emergency contexts, such as the one the country is experiencing in the face of the COVID-19 pandemic, States must make their best effort to ensure universal and non-discriminatory access to children’s education, girls, adolescents and adults who study.

To do this, they hide in international instruments and article 26 of the Ecuadorian Constitution, which states that “education is a right of people throughout their lives and an inescapable and inexcusable duty of the State.”

“Suspending education implies the interruption of the sense of normality and regularity that favors the development and socio-emotional stability of the population in a context of crisis,” both institutions stressed in a statement.

They stressed that the impact of the emergency that Ecuador is facing due to the coronavirus could be more serious if education stops.

They also suggested that teachers maintain permanent contact with students and their families, remotely, with the aim of promoting social cohesion, preventing domestic violence and ensuring the continuity of learning.

Both Unicef ​​and Unesco stated that they support the ministry to adapt learning forms through virtual platforms, educational content for television, radio, social networks; and also pedagogical and psychosocial support through weekly phone calls to families.

The institutions urged the Government to increase connectivity and access to communication for teachers so that they can continue their work.

“Teachers are a fundamental support for families in times of emergency. Through them, not only is the right to education of children guaranteed, but families can receive concrete and simple advice on activities that help lower levels of stress, anguish and violence. Therefore, it is crucial to maintain your job stability, ”said the bulletin.