Last Thursday the plenary of the National Electoral Council (CNE for its Spanish acronym) unanimously approved the technical – legal report of the signature verification process of YASunidos.

The environmental group which seeks to hold a referendum to preserve the oil insidethe Yasuni National Park, had a total of 359,761 validated signatures out of the 599,103 that entered the verification process. The required number of signatures to pass a referendum was 583,324, ie, 5% of the electoral roll.

According to the report, only 359,761 signatures were validated because in the remaining 499,103 presented before the CNE, there were 206,504 canceled signatures and 32,838 repetitions.

According to Paul Salazar, vice president of the CNE, YASunidos has not fulfilled the legality or legitimacy of the process of collecting signatures. “We will run an inside analysis on the way that those forms should have been filled and we will determine whether if it was an irresponsible process or if it had lack of control. If we suspect that there is a bold attempt to deceive and falsify the will of the citizens, we will send the relevant documents to the Prosecution,” assured Salazar. 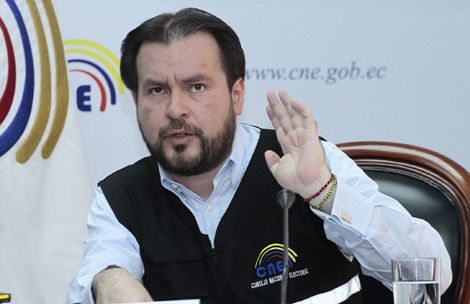