The National Electoral Council (CNE) did not give way to a correction resolution requested by the Social Justice political movement , to give them more days to register candidates for Andean parliamentarians. 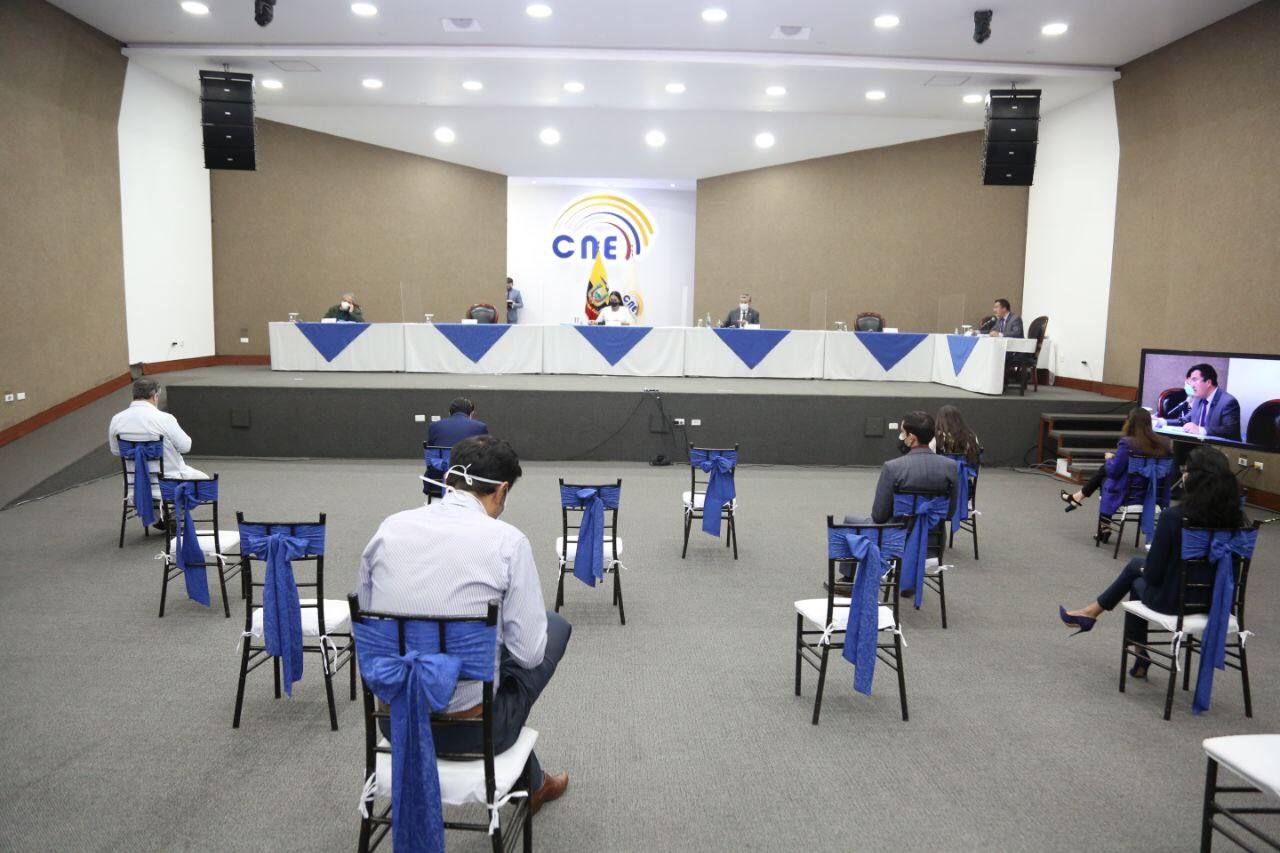 This January 25, the full Board, with the votes of the directors Diana Atamaint, José Cabrera and Luis Verdesoto, resolved not to accept a request for correction filed against the resolution of January 2, in which it was granted to the political organization within one day to register its candidates for the Andean Parliament .

Social Justice asked the CNE to be granted deadlines in an equal and equitable manner as other political groups to nominate their candidates, in compliance with the judgments of the Contentious Electoral Tribunal (TCE) issued on October 30 and December 8, in which were dictated comprehensive reparation measures.

The councilors voted to ratify it in their resolution of January 20, and highlighted that with that decision they complied with the ruling of the TCE (of January 15) in which they ordered the Council to guarantee participation in the general elections of February 7 of 2021, of the Social Justice candidates.

Last Thursday the deadline of one day for them to enter the documentation of their applicants. However, with the new CNE decision, it was not specified whether the movement will have the computer system enabled to enter the information of its applicants, after the notification of this latest resolution.

The resolution on the candidacies of Andean parliamentarians of Social Justice is affecting the printing of ballots in the Military Geographical Institute (IGM) , since so far a 0% progress has been reported.

This is because the legal situation of their candidates in the CNE is not resolved.

On the other hand, within case 131, the TCE accepted the challenge raised by the president of the CNE, Diana Atamaint against judges Ángel Torres, Guillermo Ortega and Juan Maldonado , also related to Social Justice, and they were separated from meeting This process. The judgment project prepared by Judge Ivonne Coloma was approved with the vote of justices Richard González, Roosevelt Cedeño, Solimar Herrera, Jorge Baeza and hers.

Case 131 was processed by Judge Joaquín Viteri, who in his ruling ordered the CNE to specify the districts in which the movement could not register its candidates and proceed with the review.

Social Justice appealed that sentence because it expected the magistrate to order the registration of “all the candidacies” to the different dignities, alleging that it was extinct during the electoral period in which internal democracy, registration and qualification were consummated.

Now a new plenary session will decide on this cause. (I)

The Technified Irrigation Project of the MAG, nominated for the Global awards promoted by the UN