The Plenary of the National Electoral Council (CNE) approved a draft resolution to refer to the Constitutional Court (CC) a claim for conflict of powers with the Contentious Electoral Tribunal (TCE) in the participation of Álvaro Noboa’s candidacy in the presidential elections February 7, 2021. 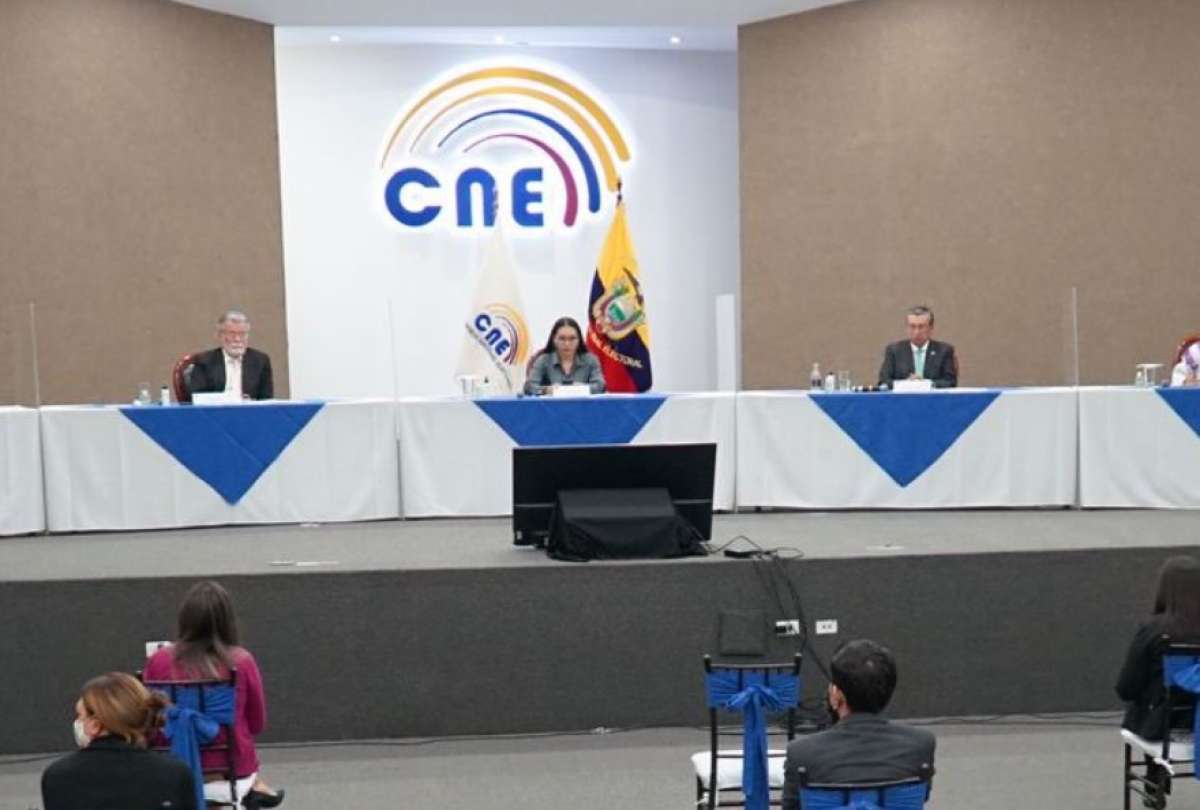 With four votes in favor and one abstention , the CNE supported on the night of this Monday, December 14, the proposal prepared by the counselor Luis Verdesoto , in which they reject the interference of the TCE in the electoral process. The conflict in question is due to a ruling in favor of the Social Justice movement that annulled the provisions of the CNE in previous resolutions.

The CNE also resolved that the TCE revoke the execution sentence of December 8 , which stipulated a comprehensive reparation to the Social Justice movement through new deadlines to comply with the internal democracy procedures, registration and qualification of its candidacy. For the CNE, this would be an interference in its exclusive powers within the organization of the elections, since comprehensive reparation includes other measures, such as public apologies , but not their reintegration into the process.

By sending the mediation request to the CC, the aim is to define the power of each body within the general elections of 2021. The CNE demands that the TCE refrain from assuming powers that do not correspond to it and that alter due process, in accordance with the law.

Atamaint clarified that the project “nowhere violates the rights of citizens to electoral participation” and recalled that the organization of the elections is exclusive to the CNE . The head of the agency clarified that seeking the ruling of the CC to resolve the conflict is within the law.

“This under no circumstances corresponds to a disregard of the sentence issued by the TCE”, emphasized the highest electoral authority. At the moment, the CNE resolutions that prevent Noboa’s candidacy are still in force, as he did not participate in the Social Justice primaries.

Incidents outside the CNE

Hours earlier, lawyer Sylka Sánchez , Noboa spokeswoman, publicly denounced an alleged attempt to abstention from the vote of the candidate’s participation by three councilors. Sánchez questioned whether there was a predisposition to breach the TCE ruling in favor of the businessman’s candidacy. However, the contempt to which Sánchez referred would not be carried out because, according to Atamaint explained, the Code of Democracy allows to go to higher authorities in case of conflicts without resolution by both parties. In addition, the vote did not take place, since Verdesoto presented the draft resolution that annulled it.

Noboa’s supporters were located outside the CNE, in the north of Quito, to complain about the impediment to their registration on the ballot. The protesters attacked the building of the electoral body with sticks and stones , public officials who were leaving the place were also attacked by throwing objects. The two entry gates to the CNE headquarters were besieged by Noboa sympathizers. For the authorities to leave, the assistance of a police operation was requested , reported a source.

Sánchez spoke minutes after the resolution of the CNE and targeted the four councilors, whom he described as ” corrupt ” and receiving “orders from the party.” The spokeswoman stated that they are staining an electoral process. “We are going to file a complaint for electoral violation, the sanction of which is typified in the Code of Democracy,” he added. (I)