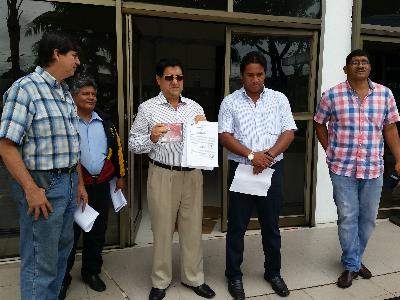 Gelacio Mora, common prosecutor of the referendum, proposed by 396 organizations of the called ‘tejido social’ (social tissue) of Guayaquil, and other representatives went yesterday to the National Electoral Council for the delivery of forms to collect signatures. After 08:30 they already had the documents to boost the referendum initiative with two questions on the increase of bus fares.

The next step is the training the CNE shall organize.

The head of the delegation, Federico Diaz, said yesterday that at 14:00 a meeting with representatives of the Political Organizations area was scheduled to coordinate the induction.

“Once we reach an agreement the representatives of the referendum initiative will be notified to schedule the training … The goal is to train in the sense of what they are collecting to avoid inconvenience,” he said.