The National Electoral Council (CNE) recognizes the error in more than six million presidential ballots, which included a logo that did not correspond to the Amigo movement . On the night of this Wednesday, January 13, 2021, the president of the organization, Diana Atamaint , described the fact as ” regrettable ” and said that it “cannot be ignored.” He offered to correct the error “in a timely manner” and assured that the February 7 elections are not suspended . 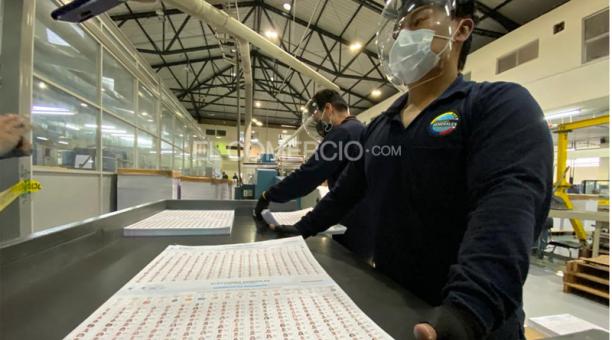 In addition, it has already announced sanctions . He anticipated that the officials in charge of the verification , quality control and design of electoral ballots were separated from their positions. “We are already correcting this unfortunate mistake,” said the President, without giving further details.

Through a statement released after 9:20 p.m. on Wednesday, the CNE confirmed that the ballots with the wrong logo will be destroyed and that the printing of those ballots will be restarted, with the respective change.

“The electoral authorities decided to initiate an investigation to determine the responsibilities within the electoral body that led to this incident. Likewise, the councilors announced that the ballots printed with the wrong logo will be destroyed and the printing of that document will be restarted, with the respective change, for which they are already working with the Military Geographical Institute (IGM), ”the statement indicates.

Earlier, Atamaint and the councilors Enrique Pita, José Cabrera and Esthela Acero toured the facilities of the Military Geographical Institute to verify the progress of printing the ballots. According to the authorities, 22.6 million ballots had already been printed, of four dignities, which is equivalent to 43% progress.

Only in printed presidential ballots , they totaled 6,244,000. However, Pedro José Freile , Presidential candidate of the Amigo movement , reported an error in the logo of that political organization, because instead of that name, Better EC was printed .

The political store recognized that when they began the registration process at the CNE, they did so as Best EC . However, a year later, they requested to change that name to Friend.

The organization asked that all ballots with the wrong logo be reprinted . According to the terms of reference posted in the public procurement system, the estimated unit price of each ballot amounts to USD 0.090. This would give a total of USD 561 960 , corresponding to the faulty documents.