Former President Rafael Correa would be left without a political movement in Ecuador. The plenary session of the National Electoral Council (CNE) decided to initiate administrative actions against four organizations : Fuerza Compromiso Social (FCS), Libertad es Pueblo, Juntos Podemos and Social Justice. With this, the registration of these organizations is null and void , meaning that they will not be able to participate in the 2021 elections. 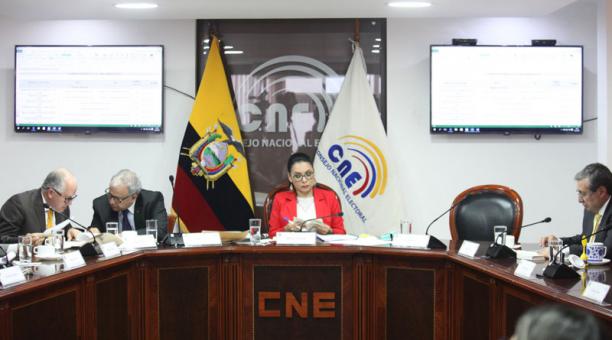 The decision was adopted on the afternoon of this Sunday, July 19, 2020, during the session in which Diana Atamaint (president of the CNE) , José Cabrera and Esthela Acero participated.

The Plenary met a report carried out by three CNE departments: the National Directorate of Legal Advice, the National Directorate of Political Organizations and the National Coordination of Computer Security and Technological Projects, which welcomed the recommendations of a special examination carried out by the Office of the Comptroller General of the State. The FCS movement (list 5) participated in the last sectional elections (2017) with the candidates backed by Rafael Correa . Thus, for example, the movement achieved the Prefecture of Pichincha, with Paola Pabón , former assemblyman of the so-called citizen revolution in the Correista government.


“The recommendation of the Comptroller General of the State constitutes a reasoned request, by the control body and as it is mandatory, in application and in observance of public law, it is necessary to initiate an administrative procedure,” says the document .

“In accordance with article 189 of the Organic Administrative Code , by virtue of the fact that there are elements of judgment, and to ensure the effectiveness of the resolution, the application of the precautionary measure to suspend the activity of political organizations is pertinent,” he adds. the approved report.

What can the four organizations do?

The CNE gave Fuerza Social Commitment, Libertad es Pueblo, Juntos Podemos and Justicia Justicia a period of 10 days for them to present their evidence , allegations, elements of defense and observations . After that the trial period procedure will begin.

In the conclusions of the report approved by the Plenary, it is established that the document DNAI-AI-0147-2020 sent by the Comptroller wishes to be taken into account, and therefore, “the registration of the national movements Podemos, list 33; Social Commitment Force, list 5; Freedom is People, list 9; and, Social Justice, list 11 ”.