The demand for conflict of powers that the National Electoral Council (CNE) resolved to refer to the Constitutional Court (CC) , in relation to compliance with the judgment in favor of the Social Justice movement , has not yet been entered. This was confirmed by the counselor, José Cabrera, this Wednesday, December 16, 2020. 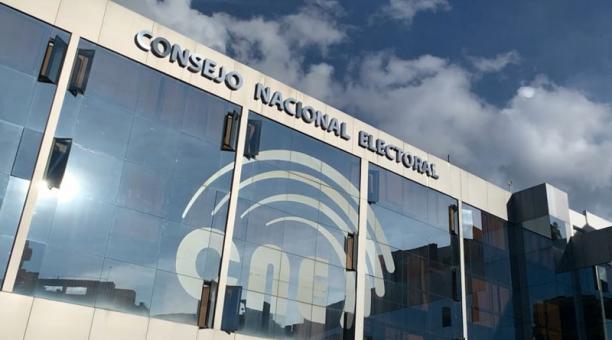 Diana Atamaint, head of the CNE, together with the councilors Enrique Pita, José Cabrera and Luis Verdesoto, approved on Monday, December 14, a resolution for the CC to settle the conflict that arose with the ruling of the Contentious Electoral Tribunal (TCE) that, as reparation measure, granted Social Justice new deadlines to register the candidacies of all the dignities that will be disputed in the general elections of 2021.

The group, which regained its legal status, struggles to register businessman Álvaro Noboa as its letter for the Presidency of the Republic along with Gino Cornejo , his running mate.

He assured that they will not close the electoral ballots to send them to print , as long as there is no ruling from the Court, although he acknowledges that there is no specific deadline for the constitutional magistrates to issue an opinion .

Cabrera argues that there was a modification of the TCE ruling that “disagrees with the functions of the CNE”, since the ruling would imply altering the electoral calendar . “We are returning to zero for a political organization, with times that have already ended. Doing primaries again throughout the country, plus national dignities, and believing that we will reach it in 15 days is irresponsible ”.

The Constitutional Court , through a statement, indicated that if said demand is presented, it will be resolved with “independence, impartiality and in strict adherence to the Constitution .” In addition, the CC reaffirmed its commitment to “strengthening democracy , institutions, and the coordinated operation of State entities.”

Silka Sánchez, spokesperson for Social Justice, led a sit- in outside the TCE , where she confirmed that a complaint was filed for an alleged very serious electoral violation against Atamaint, Pita, Verdesoto and Cabrera, all CNE councilors .

“We have filed a complaint for a very serious electoral violation against the members of the corrupt CNE, who have not complied with the ruling of the highest Electoral Tribunal in the country. We are requesting the dismissal , as mandated by the Code of Democracy ” . In addition, he classified the demand for competences promoted by the CNE as a “legal”.

Regarding the request for dismissal , Minister Cabrera said that if the TCE solves it for “political reasons” he will be delighted. “It would be shameful if they dismissed me for illicit enrichment, for taking advantage of my position to become a millionaire,” said the counselor, while criticizing the Court “because he believes he can do everything he wants.”