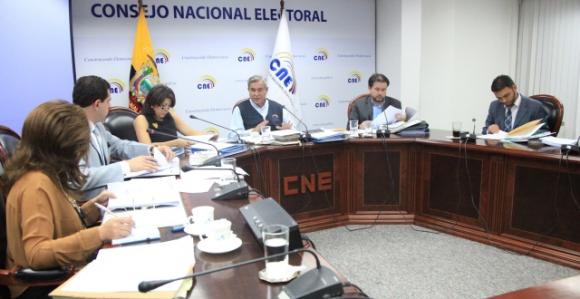 Over three days, the National Electoral Council (CNE for its Spanish acronym) will assess the electoral process in 2014 and will define the date of the next elections in 2017, which would be tentatively on February 19, thus was revealed by the Technical Coordinator of electoral processes Diego Tello.

That provided date takes as a reference what determines the Constitution: the possession of the new President and Vice President will be performed on May 24.  And hence a regressive calendar is applied.

The Technical Coordination of electoral processes convened on July 31 at the University of Ibarra, the Directors of provincial delegations and heads of departments of computation and electoral processes. The meeting will run until Saturday August 2 andwill also be attended by members of the CNE.

One point under discussion is the electronic system that was contracted in 2014 for the transmission of results, which had observations and claims of political groups.