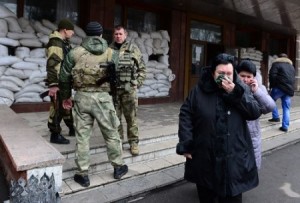 About 32 workers died today in an explosion in the Zasyadko coal mine, located in Donbass, in eastern Ukraine.

Local officials said that about 70 people were working in the mine when the blast occurred.

“We have been reported of 32 dead, but we do not know exactly how many miners are (yet) in the bottom of the mine,” told to AFP agency Mykola Volynko, miners’ union leader of the town.

Armed rebels and rescuers came to the Zasiadko mine, scene of fighting since May and controlled by the separatists since early 2015.

The cause of the explosion has not been clarified yet. Another similar incident in 2007 occured in this same mine and killed 106 people.