Coca-Codo Sinclair Hydroelectric will be ready in 2016

On Tuesday president Rafael Correa inspected the progress in the construction of the hydroelectric project Coca-Codo Sinclair, located between the provinces of Napo and Sucumbios, and held meetings with officials, workers and executors of the work.

Jorge Carrasco, inspector of the powerhouse of the work, said the project does not have any delays and it seems that from 2016, the hydroelectric will provide 1,500 megawatts (MW) of power to the country, equivalent to 36% of electricity supply.

Correa said the government has invested about USD 2,000 million so far in this project. “It’s the greatest work that has been done so far in the country and may only be surpassed by the Pacific Refinery or Yachay in the future.”

The president added that because of this work, the country will be able to export energy services and to enforce projects such as the one for induction cookers. 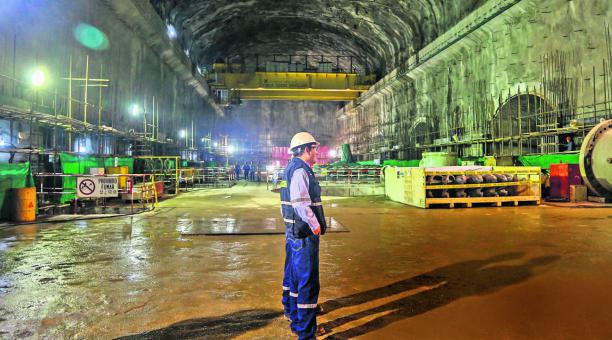