Agro-export has been considered as one of the strategic sectors during the state of emergency that the country is experiencing and, compared to others, it maintains the exclusivity of being able to operate with the use of safe-conducts, even at restricted hours . However, the mobility control measures that are being implemented at the cantons and parishes level to stop the spread of coronavirus, are affecting the free internal transportation of products such as cocoa and pitahaya. 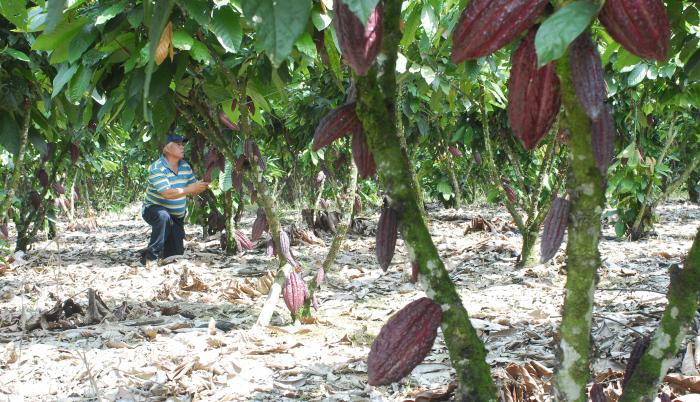 This was denounced this April 1 by Francisco Miranda, president of the National Association of Cocoa Exporters (Anecacao), who assured that by measures like these, until this afternoon, 250 tons of cocoa were kept in the sector of La Cadena, zone that connects Manabí and Guayas. “Just because someone thought to say that they will not allow any driver to enter because they can spread coronavirus. We see that there is a lot of interference from the Autonomous Governments with regulations that are being drawn by different mayors, parish leaders who paralyze commerce. The farmers are being imprisoned, they are threatened and abducted by Police and Traffic agents , who assure them that they cannot circulate, “said the leader of this union, which in the last 40 days has also been facing a drop in international prices. . The ton fell $ 700, which is equivalent to a decrease of $ 40 in the price of the quintal that producers receive.

Daniel Legarda, vice minister of Foreign Trade , admitted the problem that also, he said, is experienced by the vendors of Pitahaya, when it comes to wanting to transport the merchandise by land. For this reason, he called on the COE (Emergency Operations Committee) of each province to align themselves with the protocols and enforce the safeguards, which allow the productive sectors to operate, with due care.

Legarda, through a live broadcast on social networks, reported that this is one of the most important problems that has been registered in the export market. “The rest, the ports, the Customs, are working well and on time, with all the security measures and services. The operating times are normal, “he said.

However, the official reported a reduction in cargo flows in recent weeks, also as a result of the restrictions that other countries have been applying. “In January we had a growth of 9% in exports. We were relatively normal, but in February, as the coronavirus hit harder, we had a drop with shipments to China. That in March has already recovered, but we have some problems in Europe , because flights have been closed, supply centers, where there are delays. “

Music: Elvis Crespo talks about his love song for Guayaquil