Faced with the threat of the variant of the coronavirus, omicron, the Government modified the dates for the return to face-to-face classes on a mandatory basis in fiscal, fiscal, municipal, and private educational institutions. 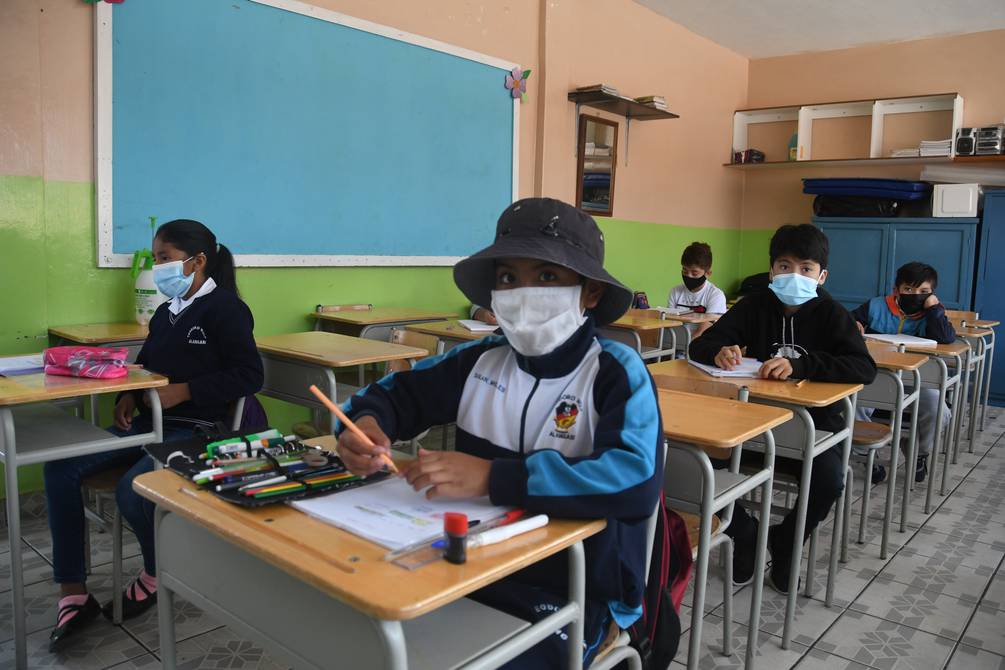 The Fiscal School, Teodoro Wolf de Alangasí, has delimited each of its areas in order to maintain physical distance.

On November 22, they returned to the technical and rural baccalaureate (15 to 17 years old).

In total there would be 402,309 high school students (technical and rural).

It is estimated that there are 1,469,802 high school and upper secondary adolescents (from eighth to tenth).

The return of this second group was subject to the fact that in each canton at least 85% of the vaccination rate has been reached in the population between 12 and 17 years of age.

Juan Zapata, president of the national Emergency Operations Committee (COE), after a meeting with government authorities, indicated that the technical and rural high school students, which includes some 400,000 students, will remain, but constant monitoring will be carried out.

He added that there are technical high schools that return to virtuality such as computing and accounting.

“And those will be face-to-face, for example, the agricultural (baccalaureate) that cannot be made virtual,” he added.

In a first evaluation made by the Government, 70% of students from technical and rural high schools would have been integrated into the classrooms between Monday, November 22 and Tuesday, November 23.

According to the Minister of Education, María Brown Pérez, there were 1,731 educational institutions that had returned to classes in the format of 100% capacity in technical high schools and rural high schools, which corresponded to 281,855 students.

The official added that this return of 100% of the high school capacity had occurred in a very normal way without any inconvenience.

Due to the new dates decided by the national COE, in the case of the Costa regime, student activities will end virtually and the return to classrooms with 100% capacity will be on May 3 (school year 2022-2023).

In the Sierra and Amazonia, groups two and three would return on February 7, 2022 (second quarter 2021-2022), if the epidemiological situation allows it.

These provisions, according to a statement from the Ministry of Education, are for the cantons with 85% complete vaccination in the population aged 5 to 17 years.

On November 16, the national COE had announced the mandatory and progressive return to classrooms in the country.

Zapata indicated that the national COE denied LigaPro’s request to increase the presence of the public in the stadiums and the two finals of the national championship will remain with a capacity of 50%.

Galapagos: The archipelago where conservation and tourism converge