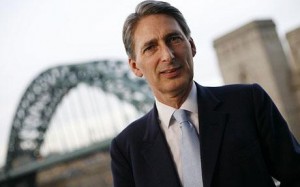 On Sunday, several airports in Europe had to be closed because of the bad weather. This cancelled many Christmas flights, in one of the most agitated seasons of the year.

Heathrow, the Great Britain airport was forced to close its landing lanes on Saturday due to the intense snow. Over 30 tons of snow was pulled out of the parking zone of the planes, but the ice made the task of moving the ships a difficult one.

In Germany, the operator of the Fráncfort, Fraport airport said that so far 470 flights had been cancelled on Sunday, and they expected that the weather get worse during the afternoon. Due to the cancellation of flights, near 1,000 people had to spend the night on the waiting area.

The snow also covered the north of France, delaying trains and cancelling flights. The main airports of Paris, Roissy-Charles de Gaulle and Orly, expected 700,000 passengers. Almost a half of the flights were suspended, and the delays extended for at least an hour.

Meanwhile the Secretary of Transport of Great Britain, Philip Hammond informed that the main scientific advisor of the Government had been contacted to investigate if the country is experiencing a radical change on the weather patterns, and if the need of increasing the winter budget for preparations is necessary.

Meanwhile the transport operators and the Government have faced critics due the cancellation of flights and the delay of train services after some tracks were closed, this forced several passengers to sleep inside their cars.

The 33 Chilean Miners Have Copyrights