Colombian Government rejects tariff of 21% imposed by Ecuador to goods 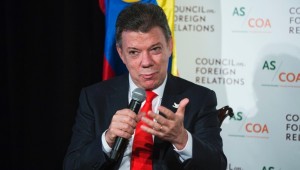 Colombia’s government yesterday expressed its rejection to the “surprising and without consultation” resolution of Ecuador to apply a safeguard exchange of 21% to the Colombian exports, official sources announced.

“The Government of Colombia emphatically rejects this measure and regrets its surprise and without consultation adoption, without attachment to the procedures established in the framework of the Andean Community (CAN for its Spanish acronym), an organization that governs trade between the two countries,” says the statement from the Trade Ministry in Colombia.

As indicated in the document, the Minister of Commerce, Cecilia Alvarez-Correa, would have spoken with his Ecuadorian counterpart to express the great concern generated by this measure in Colombia.

The Colombian Minister would have made a call for prudence and demanded that the Andean procedures are followed for making such decisions.