In a statement published last Friday in El Espectador newspaper, Spanish and protected witness, Rafael Revert, said the hacker Andres Sepulveda, alleged computer expert accused by the Prosecutor of Colombia of spying and trying to sabotage the peace process between the government of Juan Manuel Santos and the FARC Guerrilla, had information of the operations of the Joint Command of the Armed Forces of Ecuador (COMACO for its Spanish acronym).

“…In the Comaco there were operations against drug trafficking (…) also weapons sales to the FARC, (in) the northern part of Ecuador with the southern part of Colombia, that they were passing weapons and stuff.” “I also saw some documents of installations of nuclear bases in Venezuela helped by Israel, the Israelites are also in Bolivia, they seem to be helping all these left-wing countries,” said the witness.

In his statement to the prosecutors, the Spanish said Sepulveda was a liar who liked “parties, drugs and women.” “And that was basically his lifestyle, to spend all the money pulled from every job he had,” he adds.

Moreover, the Spanish also revealed that Sepulveda, whom he regarded as a rather overbearing, arrogant and intimidating person, had threatened to kill him. “If you tell something against me I will make you the turtle which is to cut arms and legs and kept sending me photos of turtles and stuff. At first I took it like a joke, but later on when we woke up after a hangover he spoke to me seriously and told me that if I ever said any of this, that would happen to me,” he said.

Revert was hired by Sepulveda to work in computer security for the election campaign of opposition presidential candidate Oscar Ivan Zuluaga. When he realized of the “irregularities” committed, the Spanish decided to mount evidence in his defense. 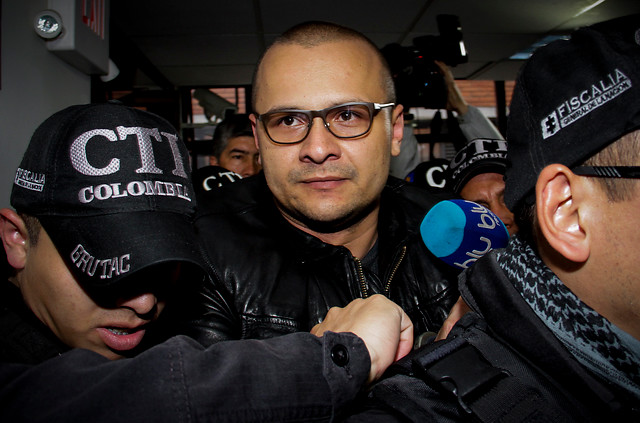