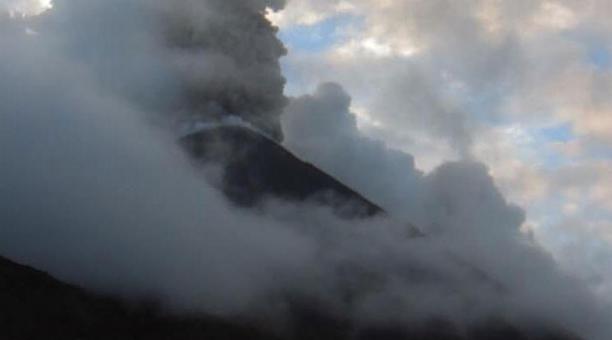 The Reventador volcano, located 90 kilometers from Quito, issued in the last hours columns of steam and ash that exceeded a thousand meters above the level of the crater, reported this Saturday, May 19, 2018, the Geophysical Institute.

According to the Institute, natural formation maintains a “high eruptive” activity.

The Institute indicated that last night “incandescence in the upper part” of the volcano was observed and in the morning several emissions were registered, with western direction, which exceeded 1 000 meters above the summit.

In November 2002, an eruption of the Reventador raised a large cloud of ash that, due to the effect of the winds, went to the capital of Ecuador, Quito, and covered several parts of the capital.

The volcano is located about 90 kilometers east of Quito, on a spur of the eastern branch of the Andean mountain range that is lost with the beginning of the Amazon basin.

At 3 560 meters high, this volcano began its current eruptive process in 2002 and is characterized by explosions, gas and ash emissions, lava flows and lahars. (I)