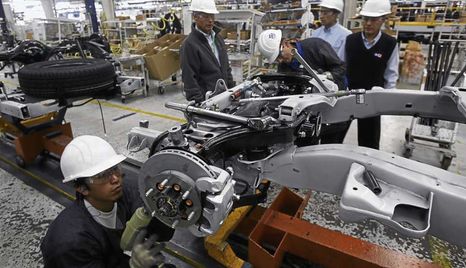 Roberto Aspiazu, director of the Ecuadorian Business Committee (EEC) estimated that the government would raise about $ 180 million annually with the tariff reform of 588 items of merchandise.

Among the items afflicted with 051-2014 resolution of the Committee of Foreign Trade (Comex) of last December 29, are those used in banking, footwear, textiles, auto assembly, food, among others.

Apparatus for the preparation of fruits or vegetables, textile spinning machines, ATMs, television cameras, parts for vehicle assembly, are among the items.

Marcelo Ruiz, director of the Chamber of Automotive Industry (Cinae), said there was an increased tariff of CKD (parts and spares) from 5% to 15% and that the resolution “obviously”, will affect them. He added that applies to all the CKD, as they are brought in from outside.

Before this measure, for the automotive field of assembling is in effect a reduction of quota on imports of CKD approximately 20% compared to 2014.