Commercial and industrial sectors are concerned about increase in electricity cost 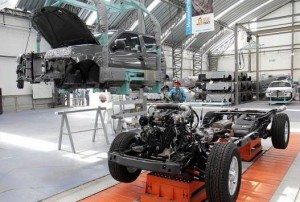 The commercial and industrial sectors expect a loss of competitiveness due to higher electricity costs announced and approved last week by the National Electricity Council (Conelec).

For Eduardo Cadena, Director of the Center for Economic Research and Analysis of the Quito Chamber of Commerce, the cost of two cents in energy for industrial and commercial customers represent an increase in their payrolls of between a 20 and 30%.

He noted that it will be reflected an increase in prices of its products, in a 2 to 5% order, which eventually the ultimate consumer of goods and services will pay.

Meanwhile, the Conelec said in a statement that the rate increase for these sectors will be given only on the value of an hour kilowatt consumed and not on the variable demand.