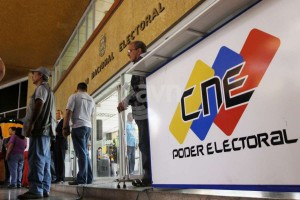 The Commission in charge of the competition to renovate the National Electoral Council (CNE for its Spanish acronym) adjusted the work schedule. Certain stages now would be earlier than scheduled.

The Citizen Participation Council (CPC) said in a release that the Citizen Selection Committee approved last Friday, “the adjustment to the tentative schedule of the competition,” and that the opposition test will be called “tentatively” on  November 27th, when previously it was on  December 11.

Of the 67 existing candidates, two will be selected.

According to the CPC, if deadlines are followed, the designation of the winners will be the third week of December.