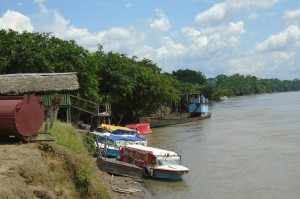 Almost 300 members of the Kichwa community El Eden, in Orellana, protested yesterday by a “critical financial situation” because of an alleged noncompliance of payments and agreements by the state company Petroamazonas and several subcontractors.

This would involve the companies Oil Service Galeth (Sepega), Constructora Villacreses Andrade (CVA), Construcciones y Prestaciones Petroleras (CPP), which according to Luis Xavier Solis, spokesman for the Human Rights Committee of Orellana, have caused an economic impairment to the commune of $ 77,000.

Before this situation, Kichwa leaders expect to go on a tour to Coca to expose the details of the protest and seek support from local and provincial authorities.
Source: http://www.eluniverso.com/noticias/2015/11/06/nota/5224122/comuna-reclama-falta-pagos-petroamazonas