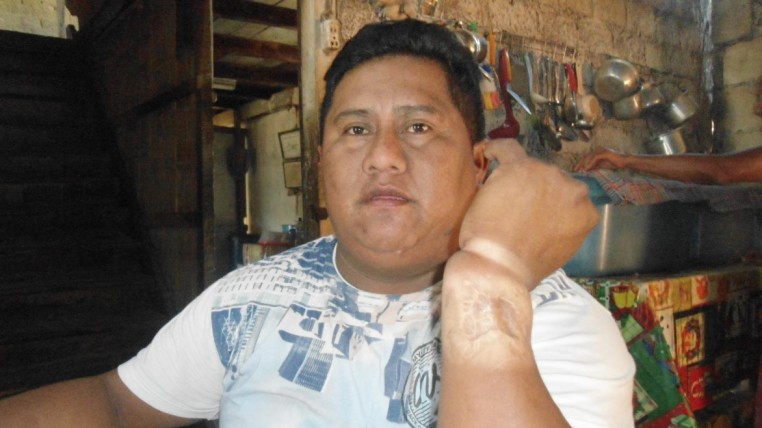 Ana Jordan looks at the Quito hill, located across the Guayaquil-Playas road at Kilometer 11 of the San Antonio commune, where there is a shooting range. At age 90 years grieves, but she is also outraged.

“The military guardians of our country guard us from the enemy, but during their trainings many civilians have died due to their involuntary negligence. There are tears and pain,” says the old lady.

Fausto Larreátegui has gone through that pain. On September 22, 1982, his 5 year old son died shattered by a hand-grenade he found while playing on a court.

On June 26, 1991, Rosa Jordan lost her brother Luis. She was returning from pick firewood when he found an artifact that ripped him 1 km from the commune. Nine years later, Julia Rocohano almost lost her children Alejandro and Luis Torres, of 12 and 14 years old at then. Both stepped on a granade while searching some goats. The first one lost an eye; the second was saved from losing an arm. As an aftermath, both developed hearing problems.

In Puerto Engabao, Rosendo Muñoz and brothers Florencio, Cecilio and Alejandro Gonzalez have similar stories. The last case was that of Jose Maria Campoverde, who lost his life last September 1 after the explosion of an ogival in a classroom.