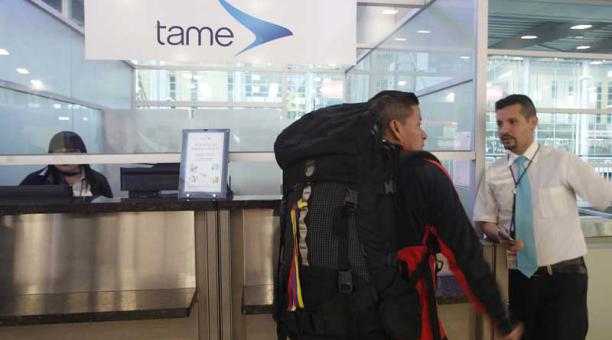 The Comptroller General of the State issued two glosses for USD 34 million for the opening of the international route to New York and the lease of an airplane without having technical studies.

For these issues, which were examined by the control agency between November 2011 and January 31, 2014, the control body glossed four officials. These are: the manager of Tame at that time, Rafael Farías (deceased); the then Minister of Public Works, María de los Ángeles Duarte; Former Minister of Tourism, Freddy Elhers; and the then national planning secretary, Pabel Muñoz.

The first gloss is USD 15 million and corresponds to the lease of the Airbus A330 for the route New York, without having previously set business and commercial policies to operate the aircraft. The Comptroller General also points out that the operation of the Airbus was not evaluated either.

These omissions had repercussions so that in said route a loss estimated by the value of the gloss was recorded, “causing an economic loss for the State”. In this gloss is also the ex-manager of Tame, Fernando Guerrero. He ruled yesterday, March 1, 2018 surprised by the sanction of Comptroller. He argued that the process of routes, selection, leasing, certification of the airplane and inaugural flight was made before his nomination as owner of Tame.

He worked in the period between January 9, 2014 and March 15, 2015. “I did not participate in any of that process, I do not know why they include me in the gloss. I entered in January when the plane was already hired and operating, “he said.

In addition, he explained that he will present his discharges to the Comptroller’s Office. The second gloss is for USD 19 million and corresponds to the economic and financial results obtained with the operation of leased aircraft, without there being a technical evaluation of the operations with respect to business efficiency.

This caused, according to the Comptroller General, that it cannot be determined, prior to the start of operations, that the results of entering new markets would make the routes sustainable.

Within this glossary were also included the members of the Board of Directors of the airline Tame. This newspaper tried to contact via phone with Muñoz, but it was not possible to locate him. The former Minister of Tourism couldn’t be located either. Meanwhile, María de los Ángeles Duarte said that she still did not receive the documentation and that, therefore, she was not going to speak about it. (I)