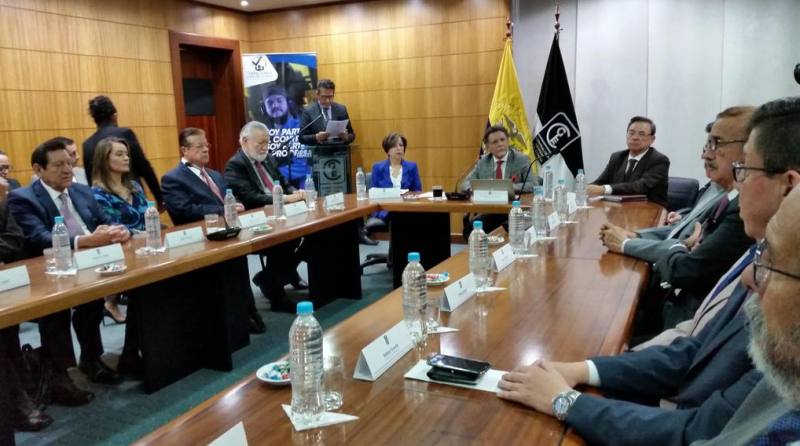 Twenty-seven special examinations will be carried out by the Comptroller’s Office of the Ecuadorian Institute of Social Security (IESS) in four areas, said Comptroller Pablo Celi on Thursday, who also said that he has invited fourteen citizens who are experts in the subject, to accompany them to these audits.

According to Celi, there will be an examination of the actuarial studies, 21 examinations of the hospital infrastructure, equipment and medicines; 4 to fund managers and one to the situation of human talent. This is an Emergency Control Plan in the IESS that will last an average of 90 days, said the supervisory authority.

As for the actuarial studies, the review will be directed to the preparation, execution, approval and application.

As for the hospitals, the hiring and execution process related to hospital infrastructures, equipment and medicines will be analyzed.

Among the entities examined will be the Ceibos Hospital, the Machala Hospital and the General Hospital of the South of Quito.

As for fund managers, the management of Reserve, Unemployment, Unemployment Insurance, Loans, Health Insurance, Disability, Old Age and Death will be verified; and, Additional Insurance Contracted and Social Peasant.

In the area of Human Talent, the processes of recruitment, selection, hiring of personnel and compensation expenses will be examined.

The period of the exams goes from 2012 to the date. This period has been taken, since the law empowers the Comptroller’s Office to examine issues with a limit of up to seven years.

Additionally, on the observers, the comptroller thanked his presence on the site and explained that his role will be to make an accompaniment, but in no way subrogate the role of officials.

One of the observers, the constitutionalist Rafael Oyarte, said that within the power of the Comptroller, it must perform the examinations and in case of finding deviations, must make determinations and establish administrative or criminal responsibilities as appropriate.

He said that the work of the observers will be to watch that the Comptroller does not commit excesses, but neither omissions; and that the group is made up of people who know the subject.

Messiah Tatamuez, leader of the Workers Unity Front (FUT), said that the main issues to be monitored are the State debt to the IESS, the debt of employers, investment in hospitals, and others. (I)