A few hours after announcing the application of indigenous justice to those who identify themselves as infiltrators and who cause excesses or acts of vandalism, in their protest against economic measures, this Wednesday the members of the indigenous community removed them from the group. 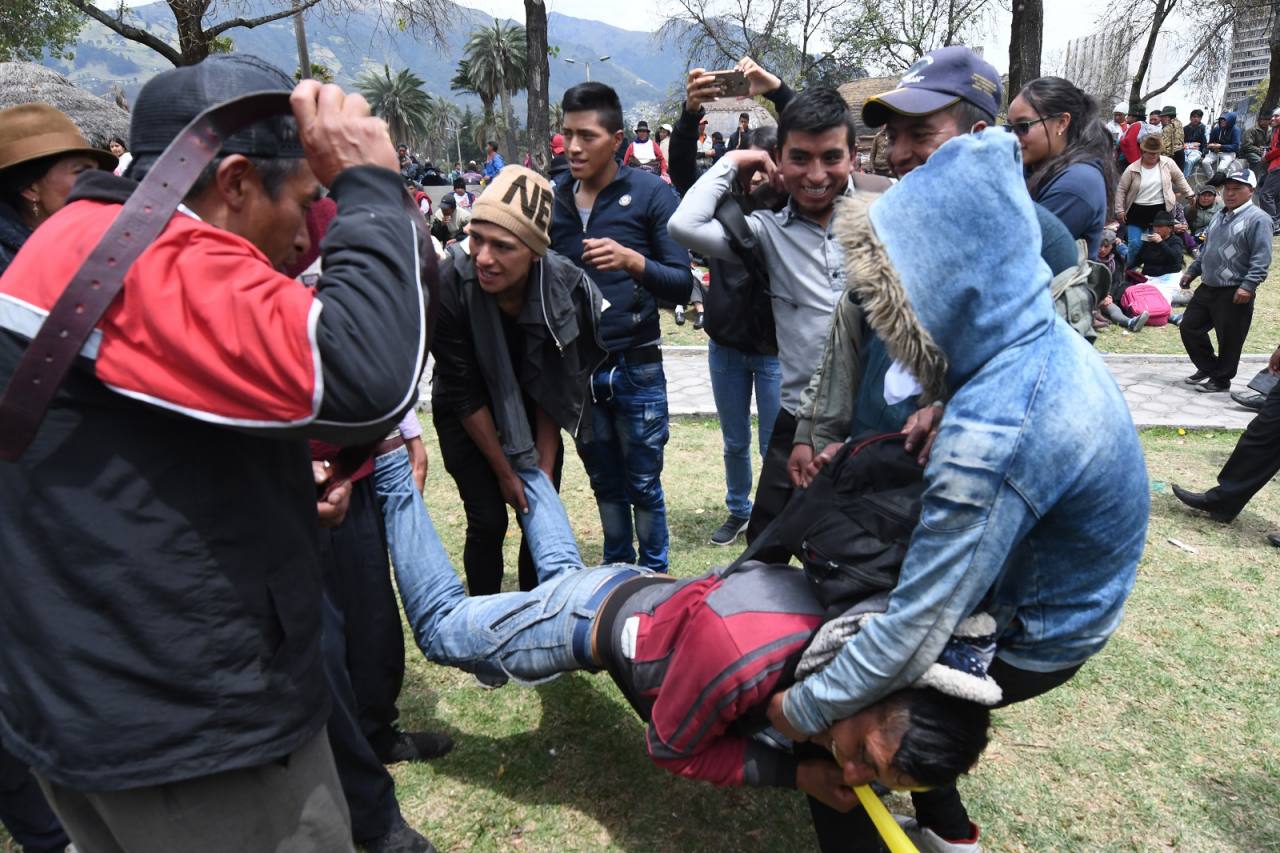 In the morning from Quito, the president of the Cotopaxi Indigenous Movement, Leonidas Iza Salazar, announced decisions against infiltrated groups that have caused chaos.

He mentioned that an attack last night on the Comptroller’s Office was not the action of the indigenous people who began arriving in Quito since yesterday.

In El Arbolito Park, in the north center of Quito, about 20,000 indigenous people and peasants from the central Sierra are concentrated, arriving from Monday night to the capital, according to data from the leader of the Cotopaxi Indigenous Movement (MIC) Leonidas Iza

The leader explained that his presence is to require the Government of Lenin Moreno to repeal decree 883, which eliminated the subsidy on fuels, such as extra gasoline and diesel.

Juan Guaidó is after Rafael Correa’s whereabouts in Venezuela